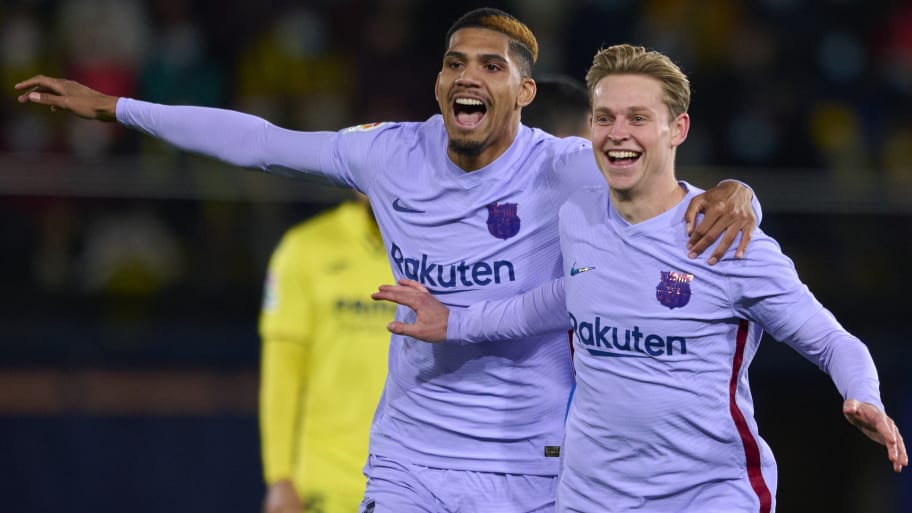 The Catalan giants have made visible progress under the tutelage of Barça legend Xavi and have already confirmed their positions as runners-up in La Liga. That will not deter them from wanting to end on a positive note, though, having been held to a goalless draw by Getafe last time out.

Victory won't come for free, however, against a Villarreal side looking to secure European football again next season. Unai Emery's side are just a point above Athletic Club as it stands, so it's all to play for the Yellow Submarines.

Here's 90min's preview of the game.

How to watch Barcelona vs Villarreal on TV - UK & US

When is kick off? Sunday 22 May, 21:00 (GMT)
Where is it being played? Camp Nou, Barcelona
What TV channel is it on? LaLigaTV (UK), ESPN+ (US)
Highlights? La Liga Santander YouTube channel
Who's the referee? Jose Luis Munuera Montero

Xavi has a lengthy list of absentees to contend with for this final day meeting, missing up to seven players.

Ronald Araujo should make a timely recovery after missing the draw with Getafe due to a concussion, with Frenkie de Jong and Jordi Alba also available after suspension.

Gerard Moreno and Alberto Moreno remain on the treatment table for the visitors, with Arnaut Danjuma and Yeremi Pino also doubts.

Juan Foyth is another absentee through suspension, leaving Emery a rather large selection headache of his own.

This game undeniably means more to the visiting players, who are battling to maintain their current standing in the La Liga table.

With the absence of a few key men, however, Villaareal are unlikely to find it easy against a Barcelona side inevitably determined not to end the season with a drab two-match winless run.

Xavi's starting lineup will still contain plenty of quality and a narrow home win is the most likely outcome when it's all said and done.