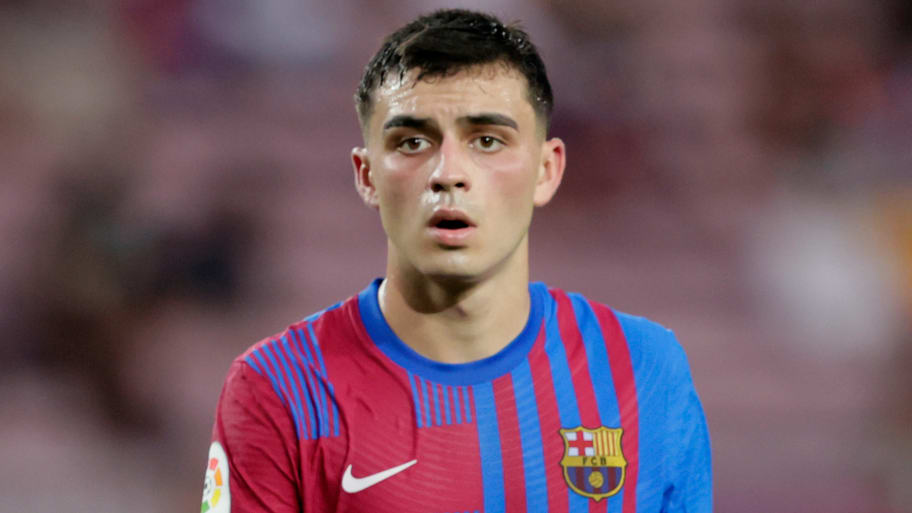 Bayern Munich could make an opportunistic offer for Barcelona prodigy Pedri, which would take advantage of the Catalan club’s dire financial position.

Pedri has emerged as one of the brightest talents in world football since he arrived at Camp Nou from Las Palmas in 2020. He played 52 times for Barça last season, more than any other player at the club, and represented Spain at both Euro 2020 and the Olympics.

Even though injury has plagued the start of his 2021/22 campaign, the 18-year-old has now been awarded with the prestigious 2021 Golden Boy prize.

Pedri has only recently signed a new long-term contract at Camp Nou, including a €1bn buyout clause, but AS has reported that Bayern are very interested and keeping a close eye on him.

It is said that Bayern would be willing be quadruple Pedri’s current salary if he is open to moving to Germany, and that his representatives are already aware of the interest.

The report adds that Bayern would also be ready to pay in excess of the club record €80m transfer fee they invested in Lucas Hernandez in 2019, potentially making Pedri the most expensive player in their long and storied history.

Bayern could make their move in either January or in the summer. But while Pedri himself is happy to stay at Camp Nou, it is noted there remains the possibility that Barça could be forced to accept an offer owing to their ‘delicate’ finances.

Those financial problems have already seen the club lose Lionel Messi, Antoine Griezmann and Luis Suarez within the last 18 months, while other players have had to accept drastic pay cuts to stay.

This article was originally published on 90min as Bayern Munich eye ambitious move for Pedri in January or next summer.