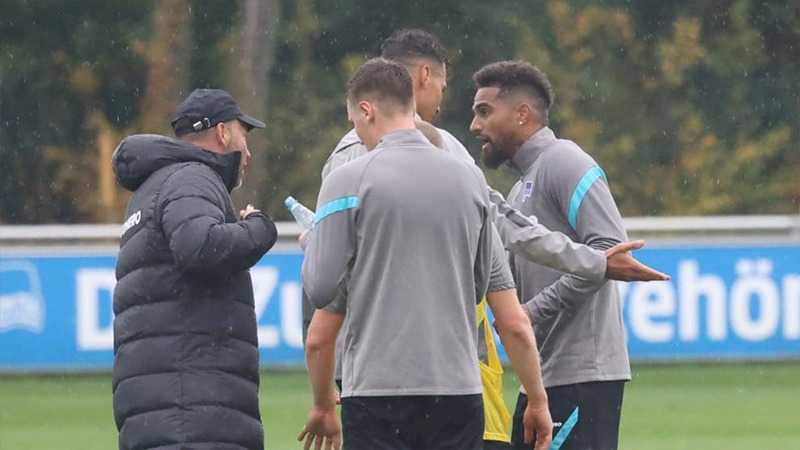 Ghanaian player Kevin-Prince Boateng has been involved in an ugly and shocking exchange of words with his coach at German side Hertha Berlin during training - similar to what the midfielder did to Black Stars trainer Kwesi Appiah at the 2014 World Cup in Brazil, Ghanasoccernet.com can exclusively reveal.

Top players of the Bundesliga side had to intervene to separate the controversial football superstar from coach Pal Dardai to prevent the heated exchange of words from degenerating into an exchange of blows during the training - Ghana's leading football news outfit Ghanasoccernet.com has been told.

In an unpleasant replay of what happened in the Ghana camp at the 2014 World Cup that severely affected the Black Stars at the tournament seven years ago, the controversial footballer re-enacted the incident in Brazil by verbally questioning the decisions of the coach in front of all the other players during training which led to the stand-off.

Boateng's action of questioning the authority of the coach elicited a response from coach Dardai, who was keen on stamping his authority over the training session, leading to the prolonged exchange of words. 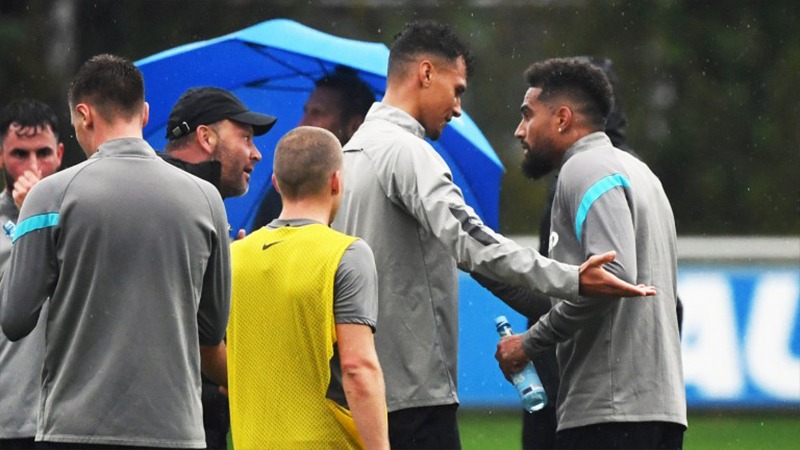 Coach Dardai (in black cap) shocked over the reaction of fiery Kevin-Prince Boateng (right)
The reason for the outburst by the Ghanaian player was a goal he scored, which coach Dardai who was also action as the referee for the training session, ruled out back due to the offside position of Boateng.

The verbal back and forth between the two lasted a few seconds, in which striker Davie Selke tried to act as a peacemaker, without success.

The incident came as a shock for all the onlookers of the incident because Dardai personally called for the signing of the midfielder in the summer to boost Hertha despite some doubts by some members and supporters of the struggling Berlin club because of his fitness and questionable disciplinary record.

The verbal exchanges between the two is the sign of nervousness in Hertha Berlin after a shaky start to the season which has left them in the fourteenth position in the Bundesliga with six points in matches.

In incident occurred on Tuesday at 4 p.m. - the first training day of the week at the training ground. With pouring rain, the national team players were missing because they had joined their international team -mates for national team matches. 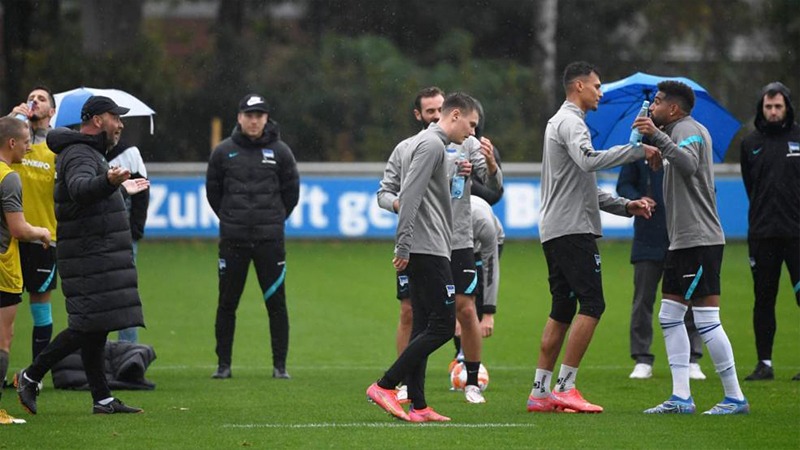 Coach Dardai (in black cap) storms in to confront the unruly Kevin-Prince Boateng (right)
In the final training game halfway through the field, "referee" Dardai whistles back a Boateng goal for offside. The star doesn't like that at all! He talks to his coach and doesn't want to calm down. Dardai interrupts the game and whistles for a water break.

But Boateng doesn't think about a break and continues with the verbal exchanges with Dardai from several meters away. Teammate Davie Selke (26) intervenes and tries to calm Boateng down. Without success!

Interestingly, Boateng played with Dardai at the same club from 2005 to 2007 and the latter is not the coach of the club.

The incident brings back the incident for the 2014 World Cup incident in the Ghana camp where Boateng clashed with coach Kwesi Appiah that led to the sacking of the midfielder from the Black Stars camp in Brazil.

Boateng was said to have rained unprintable insults on coach Kwesi Appiah right in front of the Black Stars players during their training at the World Cup. 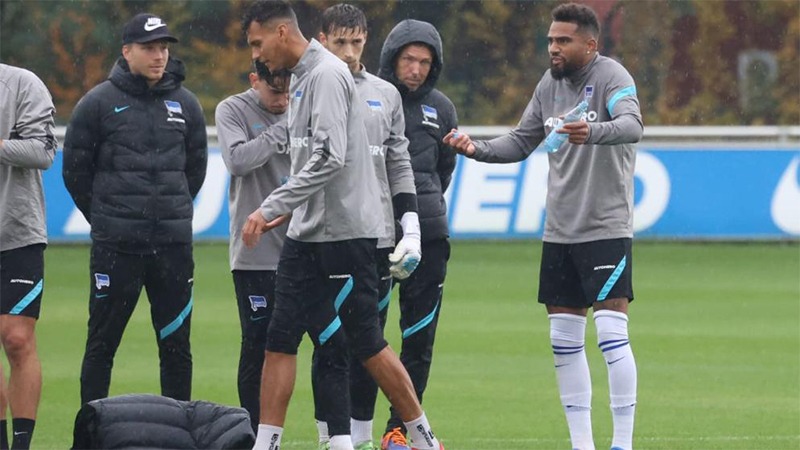 Boateng in the direction of Dardai: “Oh, don't we discuss bad decisions? No? Do you allow everything? "

Dardai to Boateng: “I am a referee. Why are you arguing with me? "

Boateng: “Then whistle for us!

Dardai: "I don't whistle for you."

Dardai: “Yes, but the second time offside, I can't not whistle. As simple as that!"

Boateng: "If we are always calm, it is clear that you always whistle against us."

The hotheads then part ways and the session continues as normal.

Watch video of the incident below