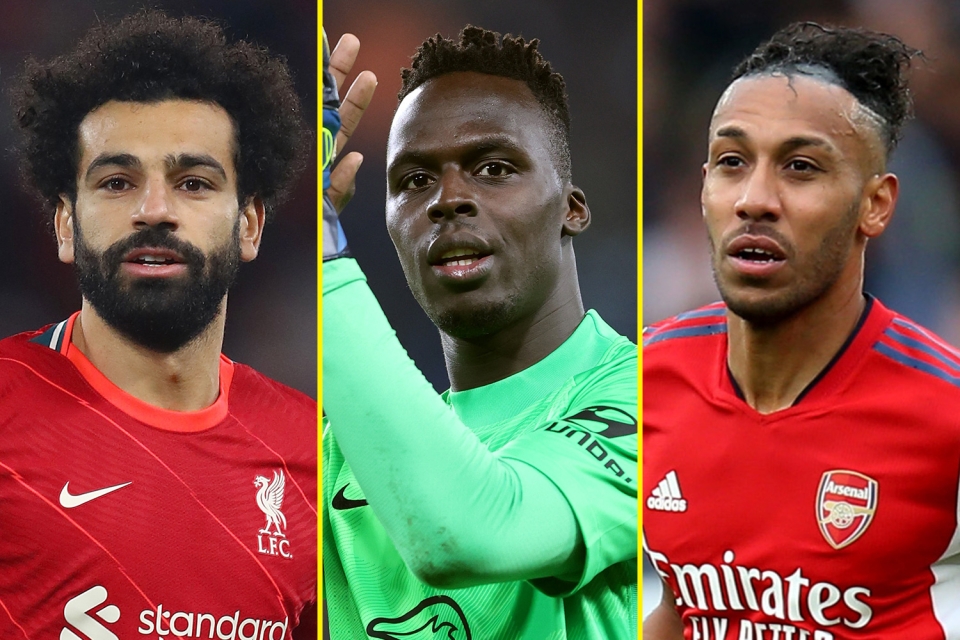 African players will be going to the AFCON
Share

English Premier League teams have been boosted as the Confederation of African Football (CAF)'s has extended by one week, the release of their African players for the continent's flagship football competition in Cameroon next month.

CAF has asked the 24 countries participating in the Africa Cup of Nations (AFCON) to relax the arrival dates of their Europe-based players in solidarity with the European clubs.

This means clubs in England, who were fearing the effects of the release of the players by Monday, will have their African players stay with them to play two more matches.

Liverpool, Arsenal, Watford, Leicester City, Crystal Palace and Chelsea are among the teams that would have been severely affected by the early departure of their African players.

Players from all over the English Premier League and the rest of the world will leave their clubs at a crucial point in the season in order to help their nation earn the right to be named the top football country in Africa.

The release of their African stars for the tournament in Cameroon would have exacerbated the plight of the European clubs which led to the World Leagues Forum (WLF) threatening not to release the players early.

With England being the only league in Europe that doesn't break for Christmas they are the sole country affected which led to the WLF threatening not to release players for the AFCON until January 3.

According to FIFA rules clubs must release their African players by December 27 to their countries to help them prepare for Africa's flagship football competition.

The national teams of Africa have been urged by CAF to extend the arrival of their Europe players to January 3 following a deal brokered by FIFA.

Africa's governing body says it is making the concession to the European clubs in the wake of the debilitating effect of the Covid pandemic that has ravaged plans of clubs across Europe.

Despite the law for the release of players being on the side of the Africa football governing body, the Cairo-based organisation has decided to make the goodwill gesture to the European clubs.

"However, following extensive discussion between FIFA and CAF, CAF has decided to make a commitment of solidarity with respect to the release of players by their respective clubs under certain circumstances," Mattias Grafstrom, the deputy general secretary of FIFA wrote in a letter to the WLF.

"Specifically, and bearing in mind that under the legal framework that governs release of players to their international teams the official enforceable release date for the competitions is 27 December 2021, CAF has decided that for those players who have official club matches between 27th December and 3rsd January, the participating member association in question are directed that these players may remain with their clubs to participate in these matches and be released after the last match during this period.

"It has been highlighted to FIFA that this decision is taken in the spirit of goodwill and solidarity with the affected clubs in recognition of the fact that they, like members of the football community, have been adversely affected by the onset of the COVID pandemic.

CAF said in the wake of its goodwill gestures, the European clubs must also commit to making similar gestures to African national teams when the need arises in in future.

"It is also assumed that in the spirit of mutual cooperation remain between and all relevant stakeholders in this regard, including related to the release of players and the provisions of sporting exemptions to travel and quarantine restrictions if required in the future," the FIFA top official reminded the European clubs.

The WLF, which represents more than 40 professional leagues worldwide including Europe's top five divisions, wrote to FIFA to threaten not to release African players on the set date.

They said that date was "unreasonable and disproportionate" and that it had not received a reply when it contacted FIFA and the Confederation of African Football (CAF) twice last month.

"As indicated in our unanswered letter of November 19, more than a month ago, we consider that the FIFA rule must be adapted," WLF general secretary Jerome Perlemuter wrote, as reported by Reuters.

"As a consequence, in order to mitigate the impact of the decisions made on the AFCON, we consider that the release of players shall start on January 3 for those clubs and players having matches before then.

"We will also consider that any sanction imposed by FIFA will be deemed abusive, null and void."

The AFCON is set to take place in Cameroon from January 9 to February 6.

It was originally scheduled to take place in June and July 2021 but it was switched back to its usual slot in January and February at Cameroon's request to avoid poor playing conditions due to it being the country's wet season.