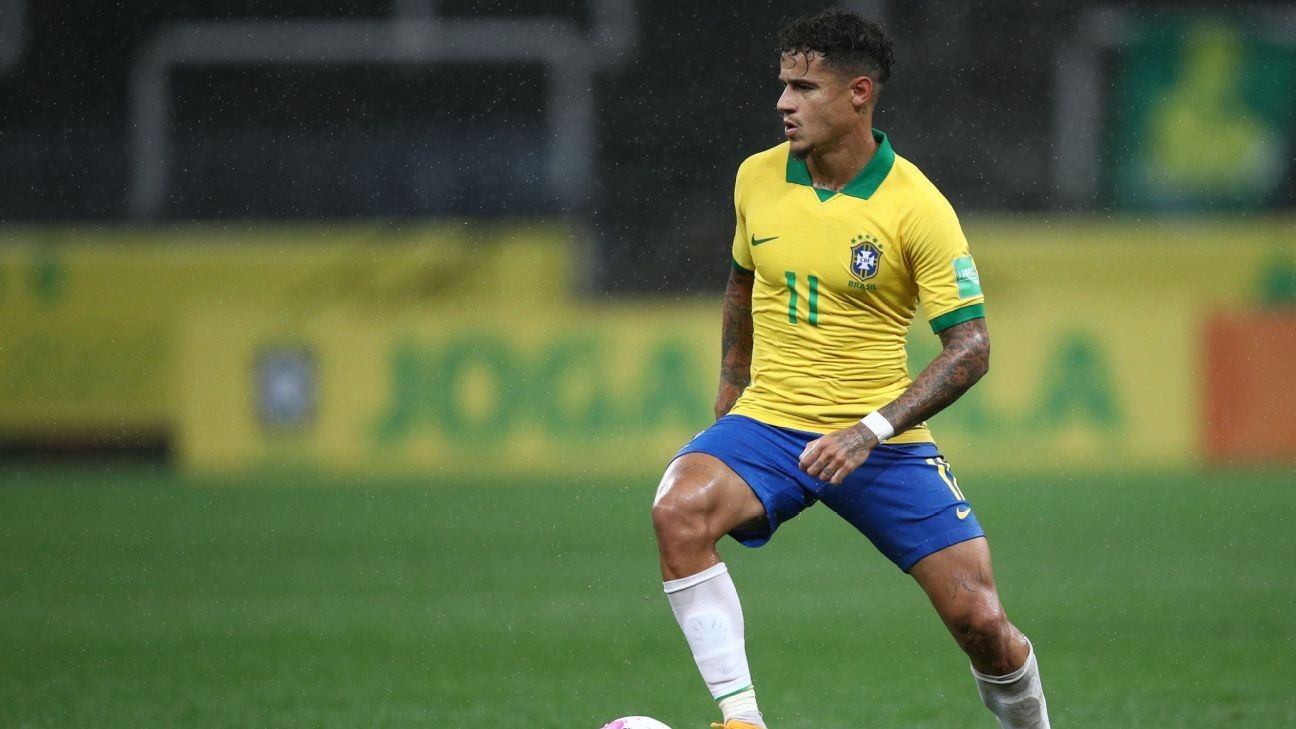 Philippe Coutinho will provide cover for Neymar in the Brazil squad in CONMEBOL qualifiers. BUDA MENDES/POOL/AFP via Getty Images

Brazil coach Tite believes Philippe Coutinho can help make up for the loss of injured Neymar in the upcoming 2022 World Cup qualifiers.

Neymar, who is recovering from an ankle injury sustained with Paris Saint-Germain in November, will miss Thursday's game at Ecuador and the encounter against Paraguay on Feb.1.

"People always want Neymar, but at times things don't happen the way you want," Tite said. "We feel sorry that Neymar can't be here, but we have other options. I'm talking about [Philippe] Coutinho, he is a player that can play in that role and I believe in his quality."

Coutinho, 29, has not featured for Brazil since October 2020, but is expected to play against Ecuador in place of Lucas Paqueta, who is suspended.

The former Liverpool star underwent left knee surgery in January 2021 and has battled to resurrect his career. He joined Aston Villa on loan from Barcelona earlier this month.

Tite described the experienced midfielder as "an important player" for the national team and believes he is recovering "his best level."

"From a social and human standpoint, I know how much time he has invested and the challenges he has faced to recover from injury," Tite said.

The three already started in the goalless draw against Argentina in November.

"Yes, we will maintain the attacking trio," Tite said. "With Vinicius, Raphinha and Cunha, we want to see that continuity."

Despite his team having already qualified for the World Cup, Tite wants strong performances from Brazil.

"I thought the emotions and feelings would be lighter but no," he said. "We have the same emotions and anxieties. We want to give the players the chance to do their best, to be strategically prepared for the game. I want to test players in the upcoming qualifiers. I still have the same pressure."