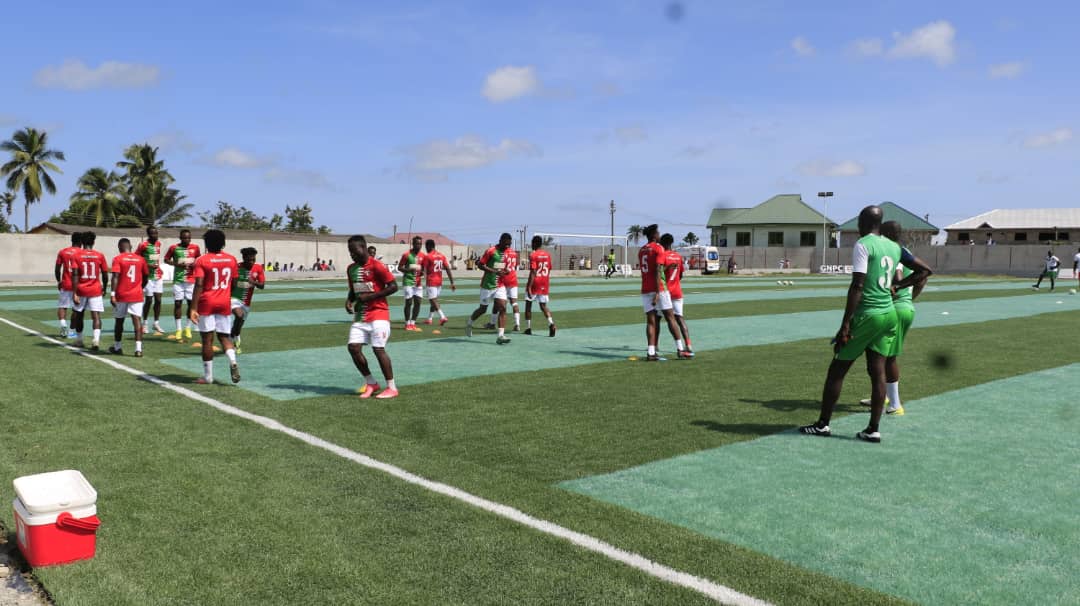 There are nasty scenes  at the Crossby Awuah Memorial Park in Aiyinase after irate fans reportedly attack Medeama players  while journalists are chased out in an ongoing feisty MTN FA Cup between rivals Karela United and Medeama in an explosive Western derby on Sunday.

Referee Philip Arthur-Forson has been forced to delay the match on two occasions following  the marauding attacks from the home fans.

Medeama midfielder Eric Kwakwa is bleeding profusely after being hit with missiles from angry home fans as he made his way to the tunnel after the first half.

Military men detailed at the venue are having a torrid time to control the home supporters in a highly volatile atmosphere at Aiyinase.

Medeama are currently leading 2-1 but there is temporal hold-up again with fans reportedly throwing missiles onto the pitch.

The military has been forced onto the pitch to protect life and property in what has been a an extraordinary scenes at Aiyinase.

Some journalists were  denied entry into the stadium with the game delayed closed to 30 minutes into the second half.

Prince Opoku Agyemang opened the scoring in the first half, capitalizing on a defensive howler to give the visitors the lead.

Ebenezer Ackahbi increased the tally with a superb finish before Diawisie Taylor pulled one back for the visitors.