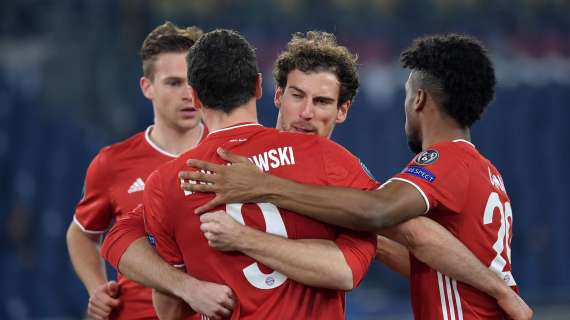 Bayern Munich extended their advantage at the top of the Bundesliga table to three points with a 3-1 victory over Greuther Furth on Friday, despite playing with ten men for the most of the second half after Benjamin Pavard was sent off.

Thomas Muller and Joshua Kimmich scored in the first half to put Bayern 2-0 ahead before Pavard was sent off three minutes into the second half.

When Benjamin Pavard was sent off for taking down Julian Green when through on goal, Greuther Fürth were given a lifeline.

Sebastian Griesbeck scored an own goal for the visitors before Cedric Itten, a substitute striker, equalized for the hosts in front of a packed 11,730-strong home crowd.