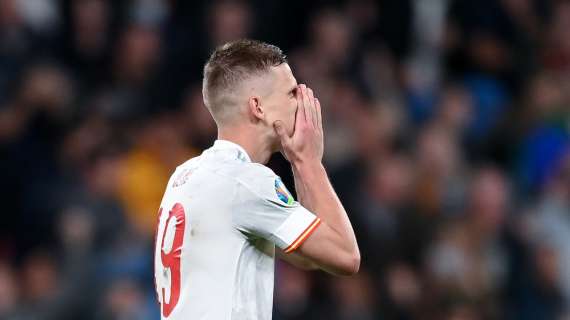 RB Leipzig stated on Friday that Spain midfielder Dani Olmo is out with a thigh injury and will miss the Nations League semi-final against Italy.

Olmo, 23, has a "small muscle fibre tear," according to Leipzig coach Jesse Marsch, and will be out for many weeks, including Saturday's Bundesliga encounter against Hertha Berlin and Tuesday's Champions League home match against Club Brugge.

"It's not good, but it's not that bad either," the American said of Olmo's injury.

On October 6, the offensive midfielder is expected to miss Spain's Nations League semi-final against Italy.

Olmo had already missed Leipzig's first three league games this season after representing Spain at the Tokyo Olympics, when they were defeated 2-1 by Brazil in the men's final.