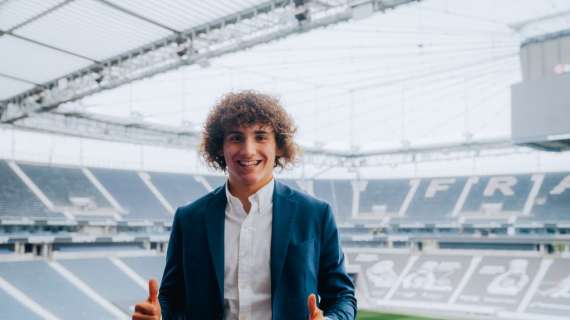 Top clubs such as Bayern Munich, Borussia Dortmund, Real Madrid, FC Barcelona, ​​Manchester City and Juventus Turin are said to have tried to get Fabio Blanco before the season. The race was made by Eintracht Frankfurt, the Bundesliga club brought the winger from Valencia CF on a free transfer and provided him with a contract until 2023 plus an option.

Just six months after signing, Blanco could move on again. According to information from 'Bild', a winter change is a specific topic - permanent, not on loan. This time, however, the reasons are not the qualities of the 17-year-old Spaniard (three U18 internationals), which call Europe's elite onto the scene.
"Very, very big step"

Rather, both sides expected more from the cooperation: Blanco is still waiting for his first appointment to the professional squad, only played in friendly matches and 241 minutes for Eintracht's U19 team. In Frankfurt, according to 'Bild', there is no "belief in a quick entry into the Bundesliga."

Coach Oliver Glasner said yesterday: “The boy hasn't played a single adult game before he comes to us. Then it goes to the German Bundesliga, one of the top 5 leagues in Europe. To a club that plays internationally. That's a very, very big step. ”Perhaps too big a step for Blanco.