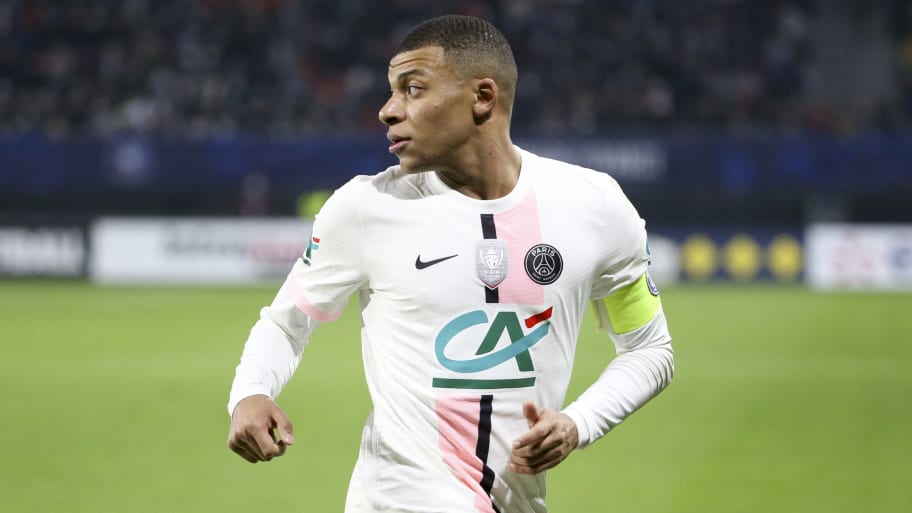 Carlo Ancelotti has played down suggestions that Real Madrid have opened negotiations with Kylian Mbappe over a free transfer to the Santiago Bernabeu in the summer.

Mbappe's PSG contract expires in June, meaning the forward is able to freely negotiate with other clubs regarding a move at the end of his deal.

Real Madrid have long been linked with Mbappe and while their interest in the Frenchman is obvious, Ancelotti says he is too busy to think about such a matter.

"I don't know [about Mbappe speculation]. All we’re thinking about right now is to fight for all the competitions we’re in this season," Ancelotti said at a press conference.

"We have La Liga, the Copa del Rey on Wednesday and then the Super Cup in Saudi Arabia. It’s a busy time. The last thing I’m thinking about is what’ll happen on June 30th."

As Ancelotti stressed, the games are coming thick and fast for Real after their winter break, and they are missing several key players due to Covid-19 or injuries.

They head to local rivals Getafe in La Liga on Wednesday before facing Alcoyano in the Copa del Rey. Real then host Valencia next Saturday before jetting off to Saudi Arabia for the Spanish Super Cup against Barcelona.

"It’s a unique situation for everyone, but we’ve been able to train well with almost the whole squad participating," Ancelotti said.

"We’re missing some players, like [Luka] Jovic and Vinicius, but everyone else is fine except for the injured Dani Carvajal and Gareth Bale and apart from Eduardo Camavinga, who is suspended."

Ancelotti added that goalkeeper Thibaut Courtois, who quickly tested negative for Covid-19 after an initial positive result, should be fit for their trip to Getafe, and that Belgium teammate Eden Hazard could make a rare start.

"[Courtois] didn’t have symptoms and it might have been a false positive. He seemed fine today and I think he can play, despite having had just one training session this week," he said.

“Hazard is doing good and took a lot of confidence from the last game. He has had opportunities now and demonstrated his commitment. But, I’ll wait a little before stating the line-up for tomorrow.”

This article was originally published on 90min as Carlo Ancelotti insists he's not thinking about Kylian Mbappe transfer.