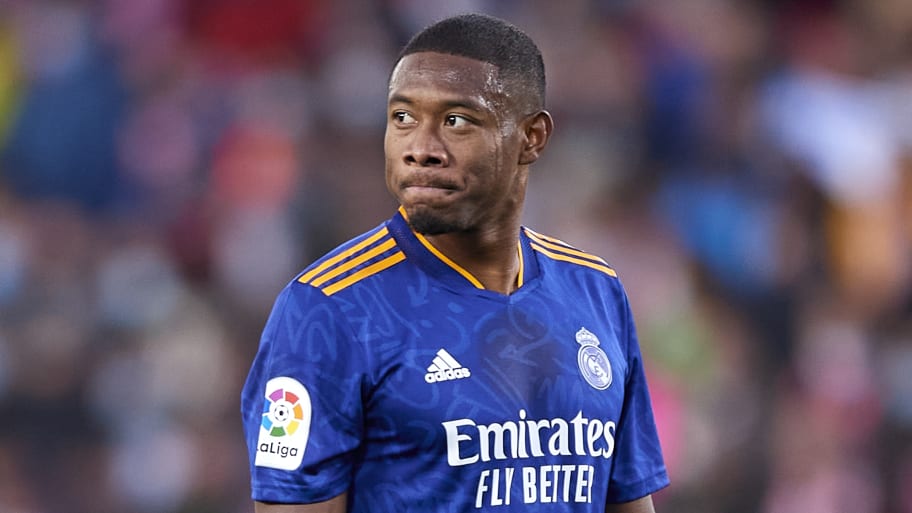 Real Madrid manager Carlo Ancelotti is not concerned by the knee injury picked up by David Alaba in Wednesday's 3-0 win over Sheriff.

The 29-year-old started the game and opened the scoring with a thumping free-kick, but he managed just 64 minutes before limping off with a knee problem.

Fortunately, straight after the game, there was optimism that Alaba's issue was only a minor one. Sergio Quirante described it as a 'small sprain', while Ancelotti did not seem overly worried either.

"The Alaba thing does not seem serious," he said (via Marca). "Let's hope he plays on Sunday."

Alaba has been a vital player for Real since joining from Bayern Munich in the summer, starting 17 times in all competitions and forming a solid partnership with Eder Militao to help Real to the top of La Liga.

The hope is that the Austrian will be back for Sunday's visit of third-placed Sevilla, but if he misses out, it will be Nacho Fernandez or Jesus Vallejo who joins up with Militao at the back.

Ancelotti also confirmed that Casemiro's late departure from the game was not an injury concern and was simply to ensure the midfielder didn't pick up an unnecessary booking.

"Casemiro told me that he had been warned by the referee and he didn't want to be booked," Ancelotti explained. "So we decided to make that change at the end."

Eden Hazard also faces a race against time to prove his fitness, having missed the last two games through illness.

This article was originally published on 90min as Carlo Ancelotti not worried by David Alaba injury against Sheriff.