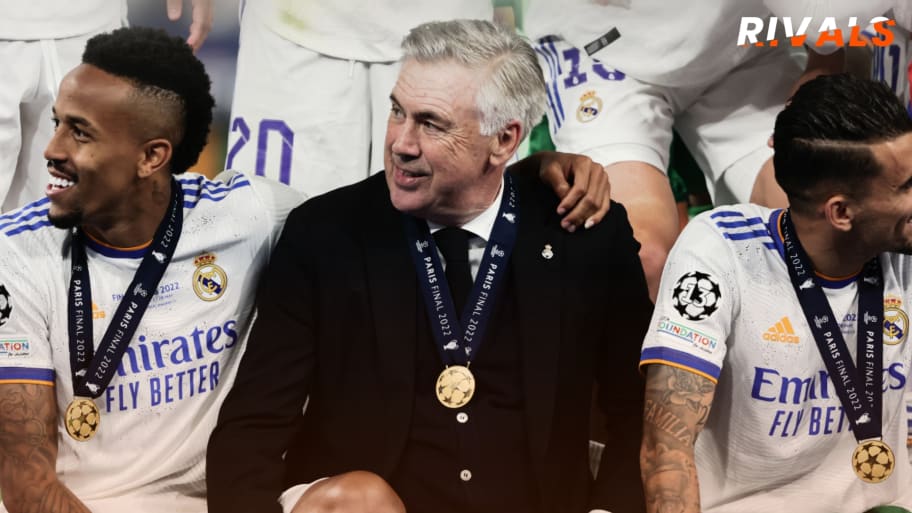 Real Madrid manager Carlo Ancelotti praised his side for a terrific season after they beat Liverpool in the 2021/22 Champions League final on Saturday night.

After pre-match scenes which marred the event at Stade de France, Los Blancos came out on top to beat Jurgen Klopp's Reds thanks to Vinicius Junior's strike that sealed a 1-0 victory.

The win made Ancelotti the first manager ever to win four European Cups and he admitted he was happy to have the opportunity to return to Real last year.

He told BT Sport: "I can't believe it. We had a fantastic season. We did really well. It was a difficult game and we suffered a lot, more so in the first half. In the end I think we deserved to win this competition.

"We're really happy. What can I say? I can't say more.

"I am a record man. I had luck to come here last year and have a fantastic season. A fantastic club, a really good squad with a lot of quality and mental character.

"The season was top.

"I think we passed through really difficult games. The supporters helped us a lot in the last game. They helped us tonight. We're happy and they're happy."

Saturday night's victory completes a league and cup double for Real, who wrapped up the La Liga title with little opposition earlier in the campaign. It is also their 14th win in Europe's elite club competition, extending their own record of domination.