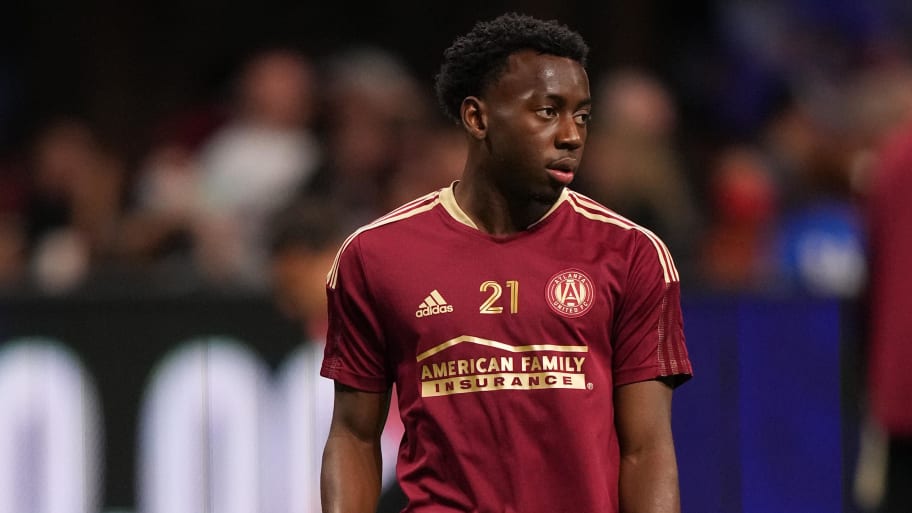 Atlanta United technical director Carlos Bocanegra has admitted the club are receiving inquiries about George Bello and face a "tough decision" about his future this offseason.

Bello enjoyed his most successful campaign yet in 2021, logging 2,524 minutes during the regular season, scoring once and grabbing three assists.

His strong form on the left of Atlanta United's defense earned him his first five USMNT caps. Not only that, the 19-year-old is now attracting serious interest from Europe.

"We've had quite a few inquiries about George Bello," Bocanegra said at a press conference on Wednesday. "Obviously, he's a 19-year-old left-sided player that's very dynamic, very athletic, caps with the national team, 30-40 professional games under his belt. So you can imagine the type of interest that he's garnered. So, again, it'll be a tough decision for us in the offseason like quite a few of these other guys that we have."

While Bello is a youngster potentially heading out of the club, Bocanegra has revealed the focus for incomings this winter will be on experience.

The Five Stripes eventually made the MLS Cup Playoffs but crashed out 2-0 to NYCFC in Round One. Questions remain regarding Atlanta's ability to thrive in high-pressure situations, while their game management left much to be desired during the regular season.

"What we'd like to add is similar to what we spoke about last time: Can we add a veteran or two to the roster to give us a little bit more game understanding, game management, the understanding of the league, situations?" Bocanegra said. "Things like that to balance out some of the youngsters that are young, hungry, ready to fly and go forward every time where sometimes we need to put our foot on the ball. Guys that can be a little bit more vocal on the pitch in certain positions.

"So those are the things that we're looking to build upon. But we're extremely happy with this group. And you know, like I said, we're pretty fortunate that we get to keep the majority of the core together for next season. So we're going to build on that and you know, we have a full preseason with Gonzalo and this group and he really gets to sink his teeth into them."

Bello aside, Atlanta United also face the prospect of Miles Robinson and Ezequiel Barco leaving the club, Pineda could be in for a busy offseason rebuilding ahead of 2022.


This article was originally published on 90min as Carlos Bocanegra admits Atlanta United are receiving inquiries for George Bello.