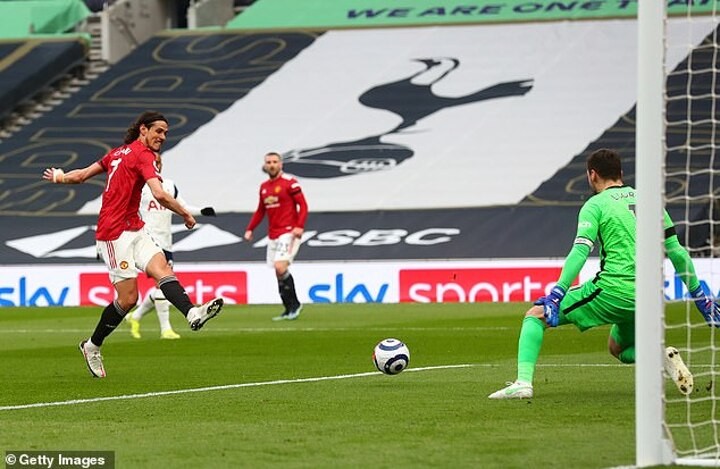 Scott Mctominay and Manchester United were victims of another controversial VAR call after Edinson Cavani’s goal against Tottenham was disallowed.

Cavani thought he had put United ahead before the half-time mark when he slotted home Paul Pogba’s pass.

However, VAR overturned the goal after McTominay’s hand had made contact with Son’s face in the build-up.