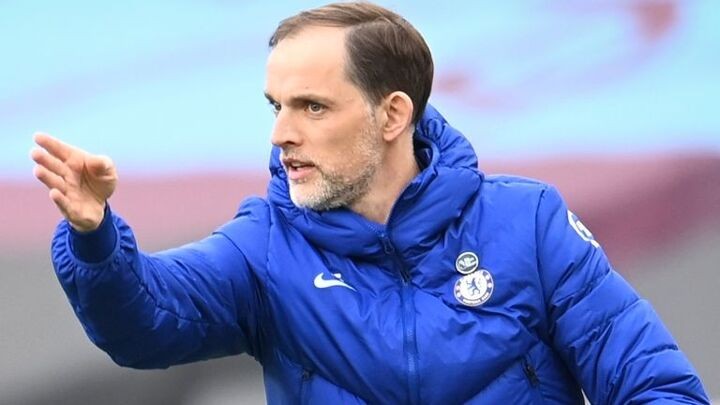 Thomas Tuchel has demanded a reaction from his Chelsea players ahead of their two 'finals' against Leicester City.

Tuchel is targeting his first piece of silverware as Chelsea boss with victory in Saturday's FA Cup final, and three days later they face the Foxes again at Stamford Bridge in a crucial match in the race for the Premier League top four.

Having slipped up at home to Arsenal in midweek, Tuchel says his players are keen to atone.

"It's a very easy preparation," said Tuchel. "We all feel angry with ourselves about the missed opportunity and the performance. Now we have the challenge to focus on only this match and play on the edge.

"We need our best game. Leicester are a super strong side and deserve to be in the final. A few days later we compete with them for the top four."

When asked which game is the most important, Tuchel replied: "I cannot judge it. These are two finals and we don't think about anything else. It is a final for the cup and a final for the top four.

"We missed a chance against Arsenal to have a decisive advantage. Now we have to cope with it and first of all show a reaction in Wembley, and to have the upper hand on Tuesday again.

"It's a bit curious we play our two finals against the same team. It will be very tough, complicated and difficult but we feel ready for it."

Tuchel confirmed Kepa Arrizabalaga will start in goal against Leicester on Saturday while Mateo Kovacic and N'Golo Kante are both available for selection.

"The whole group is available, Kova is with us again," said Tuchel. "It's huge, because Mateo has everything that we need in midfield.

"He has experience, power, acceleration, deceleration, he can dribble the ball and beat players.

"He's fast, he has physical ability and he's experienced in big games and in the Premier League.

"You could see that when we missed Mateo and N'Golo in the same match.

"It's big news for us that Kova is back, he has a huge impact in the dressing room also."

Kante formed a pivotal part of Leicester's Premier League title win in 2015, and will now go up against his old club in Saturday's cup final.

The linchpin midfielder has been back to his very best under German boss Tuchel, with the Chelsea head coach delighted to have one of his chief lieutenants back in top condition.

"Yes, it's huge," said Tuchel. "We took the decision together, him, me and the medical team to leave him out, and give him this Arsenal match to rest and have treatment to his right Achilles.

"It was pain management. It's not a huge injury, it's nothing you need to be afraid of getting bigger. It was just there, it was a bit annoying, just pain management and pain treatment.

"So he did all training sessions yesterday (Thursday) and today, no complaints.

"He will start tomorrow and very likely finish the game for us."