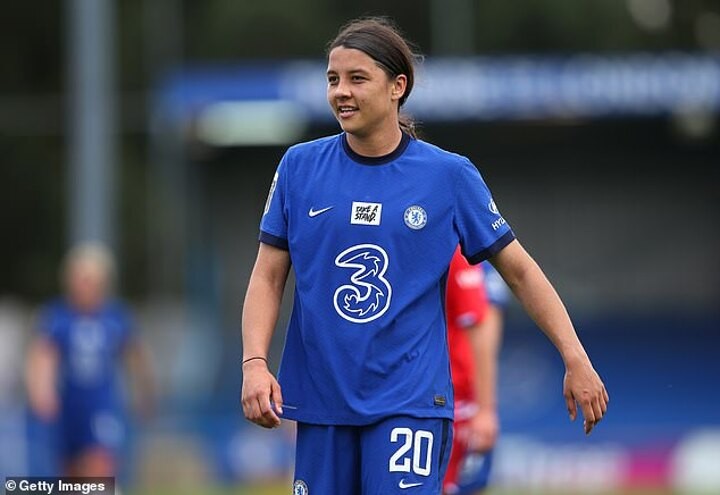 Sam Kerr has nothing to say to the people who doubted her. The Chelsea striker ended the WSL season as the league’s top scorer with 21 goals in 22 games, helping the Blues win the title for a successive season.

In March, Kerr scored a hat-trick as Chelsea beat Bristol City 6-0 to win the League Cup. On Sunday, she will look to write her name in the history books by helping Emma Hayes’ side win the Champions League for the first time.

It wasn’t an easy start to life in London for the Australian. She had what was described as a ‘Wembley nightmare’ in the Community Shield in August, wasting several big chances to score, and was forced to come off social media following a barrage of criticism.

But it is now six Golden Boots in three different continents for the record-breaking forward.

‘Honestly, I have nothing to say (to the people who doubted her),’ Kerr said. ‘I mean, they get paid to write headlines and all that stuff and they've obviously got it wrong this time so I don't have anything to say. They can just send me a bottle of wine in the mail now as an apology.

Kerr has developed a devastating strike partnership with Fran Kirby, who has been the provider for the many of the Aussie’s goals this season. Such is the strength of their relationship, fans now refer to the duo as ‘Kerrby’.

‘Fran’s clearly shown she is one of the best players in the world. Mine and her connection is just special. Everyone asks me if we train like it but it just comes naturally. She’s just a superstar. I can’t speak more highly of her.’