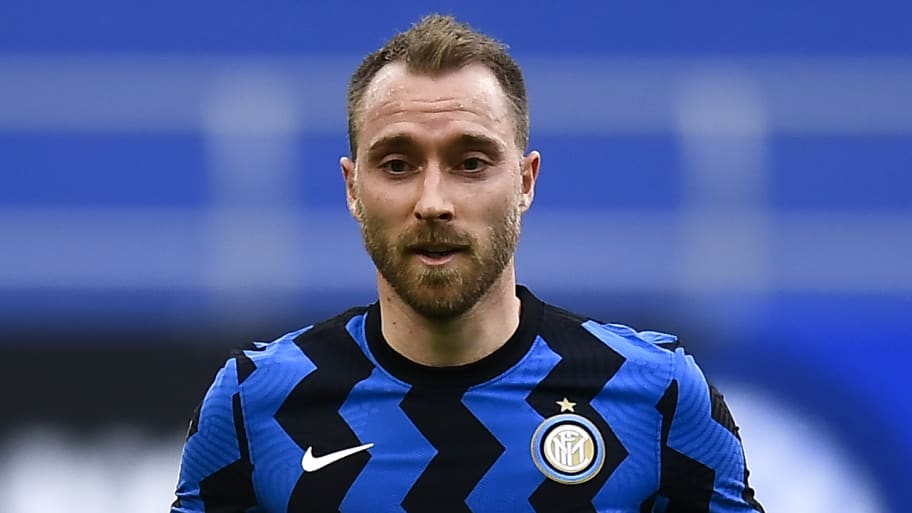 Christian Eriksen hopes to seal a return to the Premier League before the end of the week, just seven months on from collapsing on the pitch at Euro 2020.

The attacking midfielder suffered a cardiac arrest in Denmark's tournament opener against Finland in Copenhagen before having his life saved by on-site medical professionals, since revealing that he had "died for five minutes" before being resuscitated.

Eriksen has now had a defibrillator fitted to his heart, but that operation has brought an end to his time at Inter - who reluctantly released him - as rules in Italy prevent teams from fielding players who wear them.

Now a free agent, The Times report that the 29-year-old is hopeful of securing a return to the Premier League imminently.

The Dane has been subject to approaches from 'several' unnamed top-flight clubs, and wants to finalise a move to one of them within the next week. There was interest from around Europe too, but Eriksen prefers a return to England, where he starred for Tottenham for seven years after arriving from Ajax in 2013.

It's claimed that the player's priority is proving he is still a top-level player and that he is worthy of a place in Denmark's 2022 World Cup squad. As a result, it is believed his wage demands will be significantly lower than the £200,000 per week he was paid at San Siro.

Eriksen's agent Martin Schoots has previously told the BBC that returning to England would feel like "coming home".

"Playing in England again would absolutely feel like coming home for Chris and his family," Schoots remarked.

"Christian has been treated exceptionally well by the British public, not only because of his top football skills, but also because of his human values, his modesty and altruism."

In a bid to stay as fit as possible since his heart surgery, Eriksen has trained with boyhood club Odense in Denmark as well as third-tier Swiss side FC Chiasso.

This article was originally published on 90min as Christian Eriksen close to sealing Premier League return.