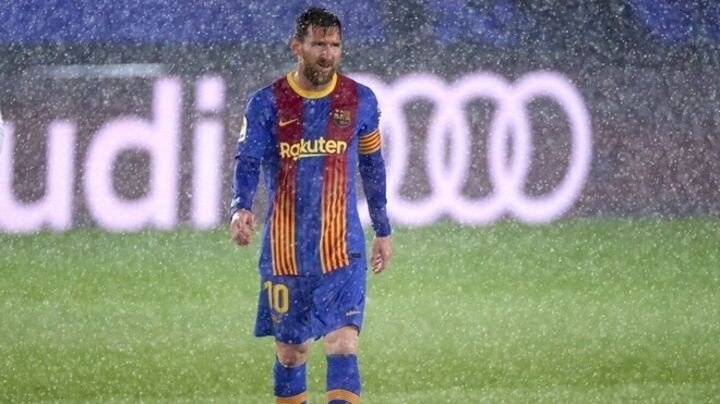 Lionel Messi and Barcelona went into El Clasico in their best form of the season so far. A win over Real Madrid would've taken them to the top of LaLiga Santander.

On an individual level, Messi was flying. He'd scored 19 of his 29 goals so far this season in the first three months of 2021.

However, defeat at the Estadio Alfredo Di Stefano throws up more doubts over whether the Argentine will be at the Camp Nou in the long term.

The 32-year-old is out of contract with the Blaugrana in the summer and, while Joan Laporta had promised a renewal in his campaign to become president, it's far from a done deal.

Barcelona's latest disappointments in the Champions League against Paris Saint-Germain and now against Real Madrid in LaLiga Santander certainly won't convince Messi that he's part of a winning team at the Catalan club.

Yes, there is a Copa del Rey final coming up, offering the Blaugrana a chance to win silverware after two years without a trophy, but their captain is ambitious.

Messi needs to be persuaded that there's a sporting project worth staying on for at the Camp Nou, otherwise his future appears elsewhere.