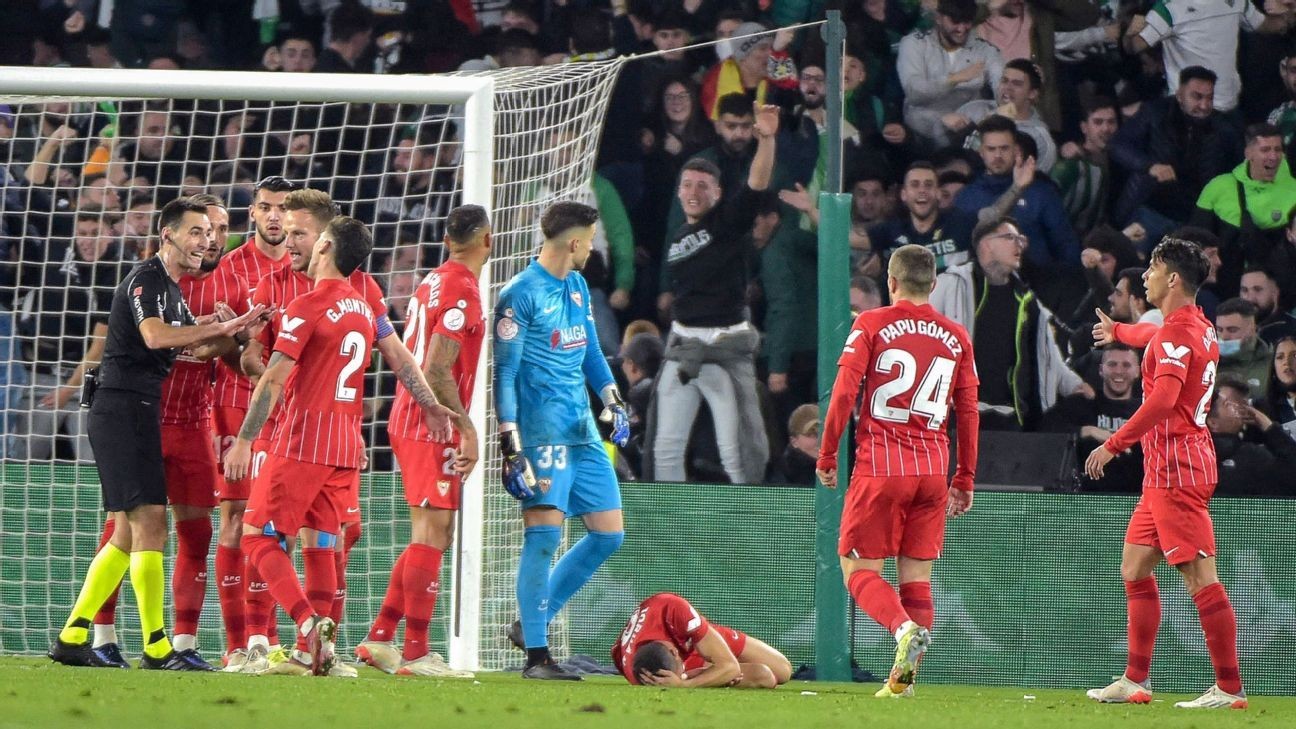 A Copa del Rey match between rivals Sevilla and Real Betis was abandoned on Saturday after Sevilla player Joan Jordan was struck in the head by an object thrown from the stands.

Video replays showed a pole-shaped object hitting Jordan on the head moments after Nabil Fekir had equalised for hosts Betis to draw the last 16 tie level at 1-1 at the Estadio Benito Villamarin.

"The match has been abandoned after Joan Jordan was hit by an object thrown from the stands. We'll provide you with further updates," Sevilla wrote on Twitter.

Joan Jordan was struck by an object thrown from the stands. CRISTINA QUICLER/AFP

Alejandro Gomez put Sevilla in front in the 35th minute, but the lead lasted four minutes before Fekir's leveller.

Video replays showed that Jordan was struck from behind and collapsed to the ground holding his head, although reports said he was later able to stand while receiving medical attention.

The Spanish Football Federation (RFEF) announced that the game was suspended, adding: "The RFEF condemns any act of violence on the pitch."