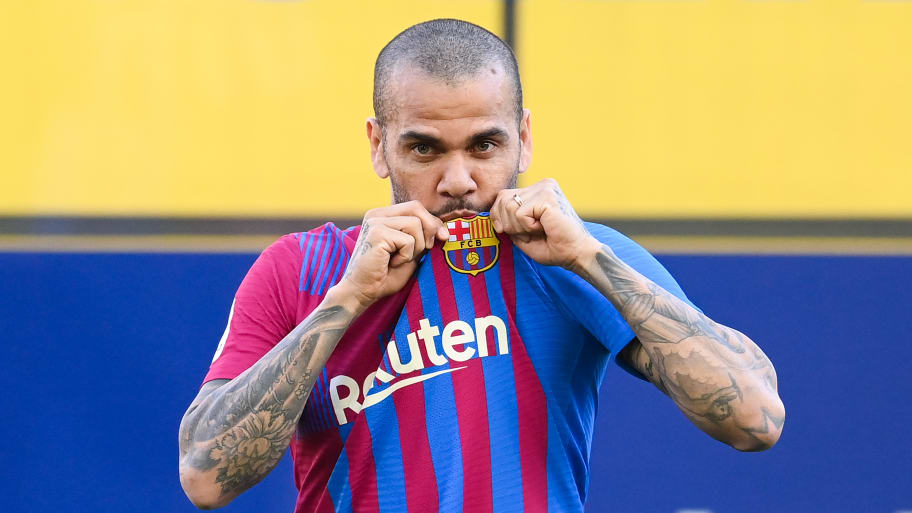 Dani Alves has admitted that he pestered Barcelona president Joan Laporta to let him re-sign for the club, with the final decision on the veteran Brazilian falling to new head coach Xavi.

Following his departure from Sao Paulo in September, Alves agreed a short-term contract to return to Camp Nou last week and was officially unveiled as a Barça player again on Wednesday afternoon.

Alves was known to have offered his services to his struggling former club. But it was initially thought they would not take him up on it until former teammate Xavi was placed in charge.

“Truth be told, I was bothering the president a lot – I kept insisting that I wanted to come back,” Alves explained as he addressed the media for the first time since his return.

“I told him that I was able to help this club. This club has given me everything I have, for me and my family. I didn’t see it as an obligation but it was a pleasure for me to help during these difficult times.

“So, I was bothering him and bothering him. I guess once Xavi was signed as manager, Laporta said ‘Xavi, here, now he’s your problem.’ Xavi called me and said he counted on me and all the rest was easy,” Alves continued.

The full-back previously joined Barça from Sevilla in the summer of 2008, during Laporta’s first spell as president. He will wear the number eight shirt for the rest of the season.

“For me, it’s a great honour and a great pleasure to be wearing the Barça shirt again,” he said. “Since a long time ago this president gave me the opportunity for the best years of my life. It was an opportunity to live the best years as a football player in this club.

“Now we have to build the team again together to live these great moments once again. This is unique and very special, we are much more than a club and that’s why I’m here.”

Alves also took an opportunity to address Barcelona fans, insisting he will not ‘fail’ them.

“The fans know the respect that I have for them and for the colours that I represent. I would like to show my appreciation towards all of them, it has been great meeting them again. I can guarantee that I am not going to fail them. Not them, nor the fans that weren’t able to make it today,” he said.

“I come here to represent them. They have made me feel one of them and that’s why I’m here.”

This article was originally published on 90min as Dani Alves reveals how his Barcelona return came about.