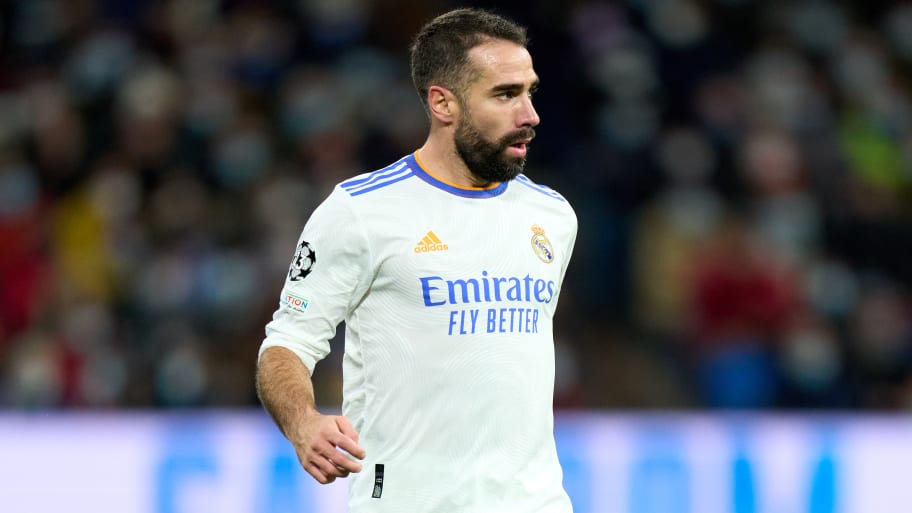 Real Madrid have confirmed that right-back Dani Carvajal has tested positive for Covid-19.

Carvajal played 90 minutes of Real's 3-2 victory over Barcelona in the Super Cup semi-final on Wednesday but will now play no part in the final as rules in Saudi Arabia, where the tournament is held, state that he must isolate for seven days.

Real have confirmed the result, but AS state that they are currently awaiting the results of a second PCR test to establish whether this is a genuine positive or a false one.

As of yet, nobody else in the Real squad has tested positive for the virus in Saudi Arabia.

Should this bad news be confirmed, Carlo Ancelotti will have to figure out what to do at right-back. He will likely opt to go for the versatile Lucas Vazquez, who replaced Carvajal in injury time against Barcelona.

Moving centre-backs Eder Militao or Nacho Fernandez out wide may not be an option as Ancelotti is still sweating over the fitness of David Alaba, who missed the semi-final with a muscle injury.

Gareth Bale is also not expected to feature because of his latest mysterious injury, and neither is reserve striker Mariano Diaz, but Ancelotti does not have too many significant injury worries to contend with.

Real are preparing to face Athletic Club, who booked their place in Sunday's final with a dramatic 2-1 victory over Atletico Madrid. Late goals from Yeray and young Nico Williams saw Athletic come from behind and put them one step closer to retaining their title.

Athletic dumped Real out of the Super Cup last season but are the underdogs for this one, having fallen down to ninth in the La Liga standings.

This article was originally published on 90min as Dani Carvajal to miss Super Cup final after positive Covid-19 test.