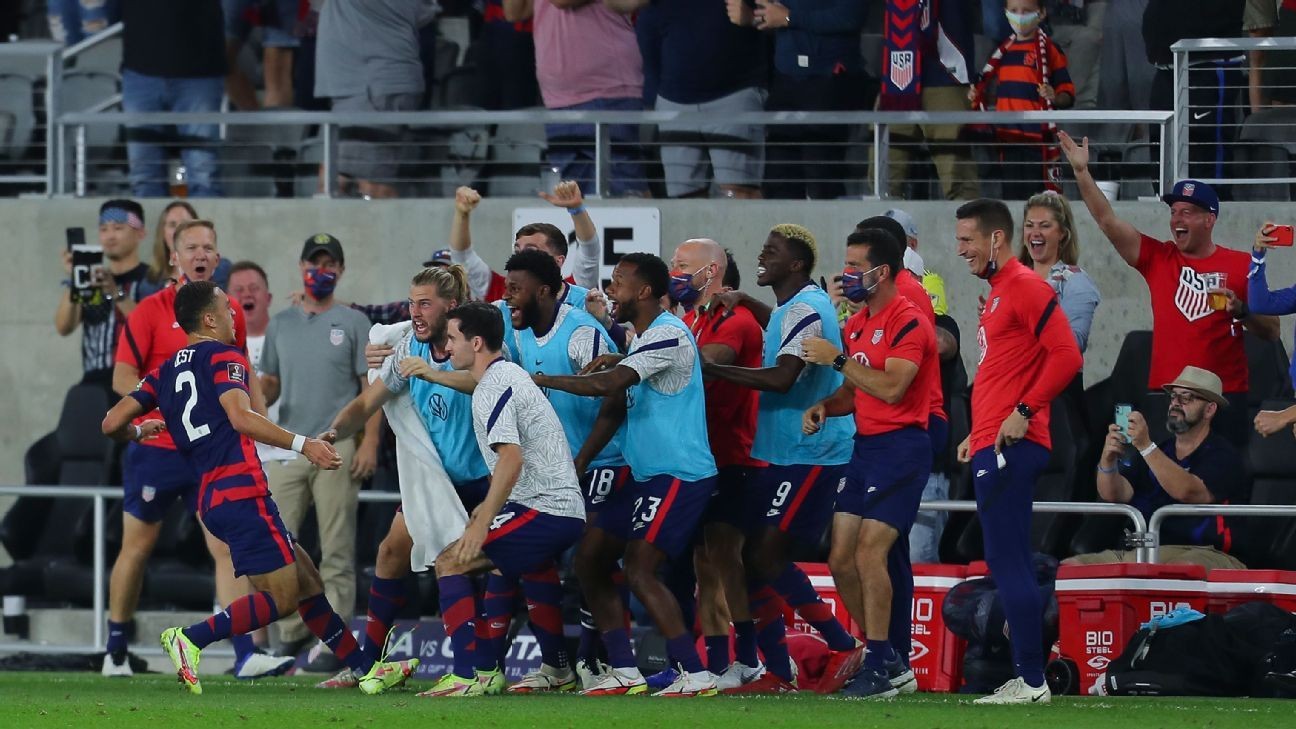 The United States came from behind in impressive fashion to beat Costa Rica in its CONCACAF World Cup qualifier at the new home of Columbus Crew on Wednesday night.

U.S. coach Gregg Berhalter changed his lineup significantly, inserting goalkeeper Zack Steffen among nine changes to the starting 11 following Sunday's 1-0 loss away to Panama as his team looked to pick up a needed three points against a veteran Costa Rica team.

- Carlisle: How did Columbus become the 'spiritual home' for U.S.?
- Don't have ESPN? Get instant access

The Americans gave up a first-minute goal to Costa Rica's Keysher Fuller, but drew level in the 26th when Sergino Dest buried a gorgeous shot from distance on the counter-attack to beat Keylor Navas.

The home side continued to pile on the pressure after conceding early, but Costa Rica did not go away and saw a penalty shout waved off as half-time approached when Chris Richards appeared to trip up Johan Venegas in the area after a poor giveaway by the U.S. defense.

A Costa Rica own goal saw the U.S. take the lead after the hour mark, when Timothy Weah's well-struck shot from a tight angle came back off the post and bounced off backup keeper Leonel Moreira, who came on for the injured Navas, before trickling into the net.

Paris Saint-Germain keeper Navas injured his right adductor muscle and was replaced by Moreira at half-time.

The U.S. had Costa Rica scrambling after it took the lead and saw several near chances go begging before seeing out the victory to move up to 11 points from six matches in the team's quest to qualify for the 2022 World Cup in Qatar.

The three points was all the more impressive given the Americans fielded their youngest lineup ever in a World Cup qualifier, averaging 22 years, 229 days

Next up for Berhalter and the Americans is a huge Octagonal match against Mexico on Nov. 12 in Cincinnati (watch live on ESPN2 at 9:10 p.m. ET).