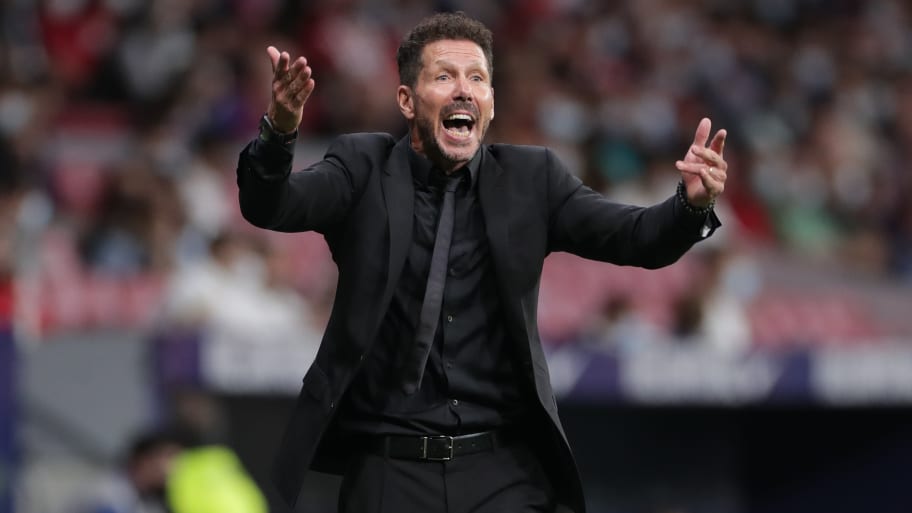 Atletico Madrid manager Diego Simeone has confessed that he tried his luck to sign Lionel Messi when the forward's Barcelona contract expired in the summer.

Messi had an agreement on fresh terms with Barcelona for months and believed he would be staying at Camp Nou, only for La Liga's salary caps to get in the way and prevent Barcelona from getting the extension over the line.

In the end, Messi sealed a quick move to Paris Saint-Germain, but Simeone has confessed that he tried to use Messi's close friend Luis Suarez to mastermind a blockbuster switch to Atleti.

"I'll let you in on a little secret," he told Ole. "When what happened in Barcelona happened, I called Luis, with all due respect. I did not call Leo but Luis did.

"I asked him to find out how he was, what he was thinking and if there was even the slightest possibility that he could come to Atletico Madrid.

"That all lasted three hours. Paris Saint-Germain, obviously, were obsessed with his signing. The truth is that signing him was never going to happen because he was always at Barcelona and we are Atletico, of Madrid."

You have to rate Simeone's efforts. Messi and Suarez are known to be incredibly close friends, with both players struggling when the latter was discarded by Barcelona in the summer of 2020, so it was definitely worth a shot.

The two clubs did end up doing business with one another, with Antoine Griezmann returning to Atletico on an initial season-long loan with an obligation to buy for €40m (£34m).

Griezmann was a late substitute when the two sides met shortly before the international break, with Atleti coming out with a 2-0 victory thanks to goals from Suarez and Thomas Lemar.

This article was originally published on 90min as Diego Simeone reveals failed attempt to sign Lionel Messi after Barcelona exit.