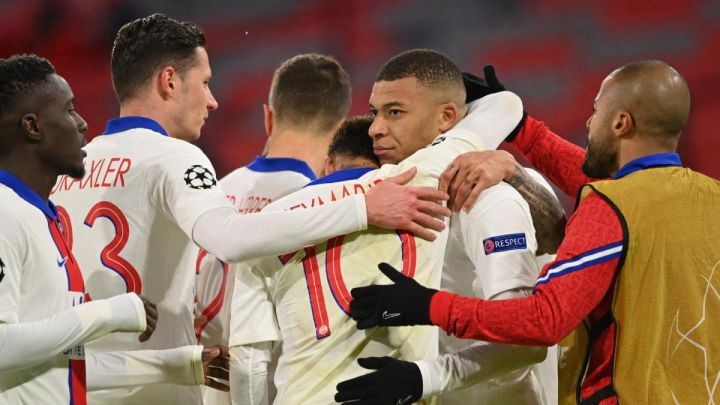 Kylian Mbappé is unrivalled right now according to Julian Draxler, who said the forward has "quality like no one else in the world" after the Paris Saint-Germain striker scored twice in a 3-2 Champions League win at holders Bayern Munich.

PSG on top in quarter-final

PSG will start the second leg of the quarter-final tie at the Parc des Princes next Tuesday with the upper hand after ending Bayern's run of 19 games without defeat in Europe's premier club competition.

Mbappé's early strike and a second goal from captain Marquinhos, who departed soon after with a groin injury, put the Ligue 1 champions in command in the snow at Allianz Arena on Wednesday.

Bayern came storming back, Eric Maxim Choupo-Moting heading home against his former club in the first half and Thomas Müller equalising on the hour-mark.

PSG were not to be denied victory in a repeat of last season's final, though, with Mbappé scoring his 32nd goal of the season – and his eighth in as many Champions League games – midway through the second half.

PSG midfielder Draxler was full of praise for Mbappé after his latest finishing masterclass.

"That's what he is there for because he has the quality like no one else in the world, we need his speed and when he has chances he scores and that's really important for us and especially tonight," Draxler told BT Sport.

Draxler knows it is far from being job done ahead of the second leg in the French capital and said Bayern are still a huge threat without injured striker Robert Lewandowski.

The German, whose PSG beat Bayern away from home in the Champions League for the first time since 1994, added: "We had a lot of work to do tonight because the way they play is really dangerous with or without Lewandowski.

"it's going to be the same hard work in the next game against them. We will play at home in Paris and we will try to win and go through to the next round."