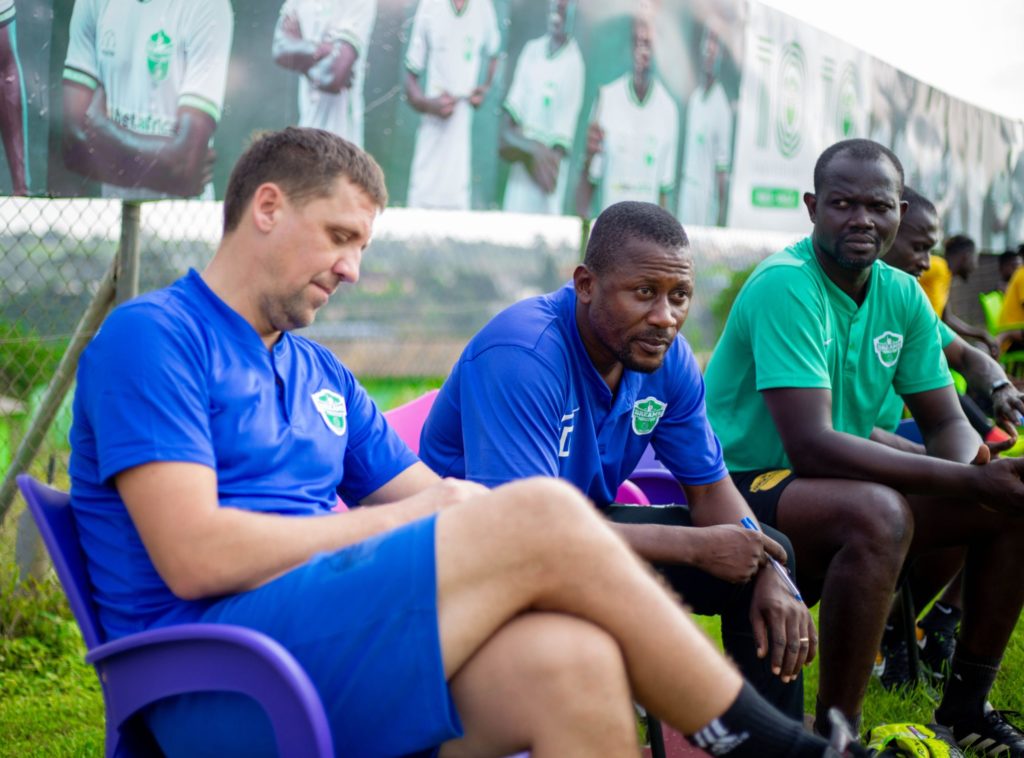 The 'Still Believe' lads traveled to the Nana Gyeabuor Park with confidence high after victory over Ebusua Dwarfs on matchday eight, but they had to share the spoils with their hosts after a second-half penalty from Issah Ibrahim canceled out Moro Salifu's first-half goal, also from the spot.

"I am disappointed because we came here to pick the three points. I understand Bechem is a difficult ground but I believe in the quality of my boys. Our first half was bad and I told the lads to up our game and we got an equalizer in the second half," said the coach after the game.

"I told my boys to play like warriors if not we will leave with no points. Bechem is a tough ground and you need to play 100 percent before you can leave with the 3 points," he added.

Dreams FC are now on a run of three games without defeat since the arrival of the Serbian tactician.

The Dawu based outfit will host Liberty Professionals on matchday 10 at the Theater of Dreans.