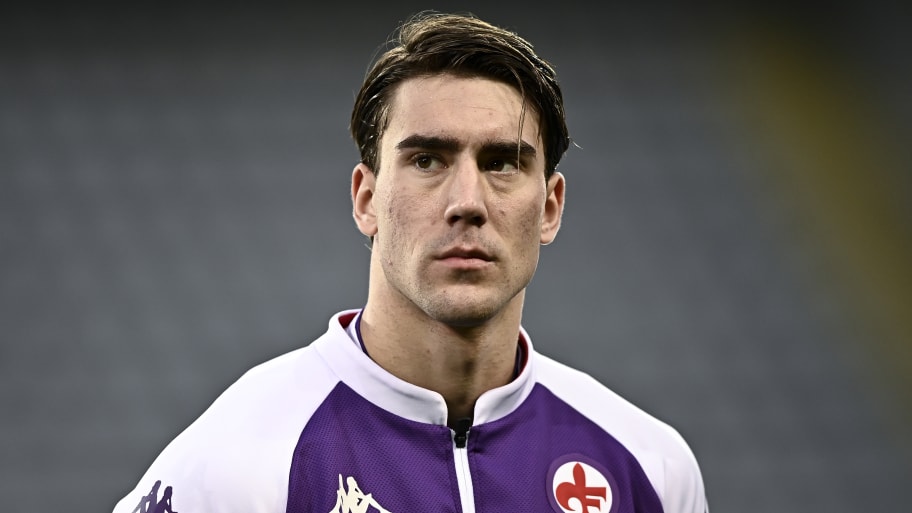 Fiorentina's star striker Dusan Vlahovic has told the club he won't be forced to move until he is ready to do so.

Vlahovic is one of the most sought after forwards in world football and Fiorentina are open to selling him this month if they receive a fee around the €80m (£66m) mark.

Arsenal are currently in talks with Fiorentina and are ready to meet their financial demands, but Vlahovic is not convinced that a move to the Emirates Stadium is the right one for him.

Fiorentina are trying to push him to make the move and have been hugely vocal this week about the prospect of him departing. Indeed, general director Joe Barone told Sport Mediaset: “There is talk about Dusan Vlahovic every day now.

"We just want to talk about the squad. We’ve already said so much about him, we expect a response from him and his entourage on what the future holds.

“I had a long conversation with Dusan the other day and I told him we need to understand his path. If he wants to stay at Fiorentina, then sign the contract. If he wants to leave, then say so publicly. He can’t string an entire club, city and fanbase along waiting for him. From what I heard, he is not prepared to speak out, so we have to make our decision within the club.”

Those comments were followed up by president Rocco Commisso, who stated to the Financial Times that Vlahovic should 'give recognition' for the role Fiorentina have played in his development.

However, despite Fiorentina's comments, 90min understands that Vlahovic's stance remains the same – he is adamant that he won't be forced into making a decision he is not happy with.

Arsenal are continuing their pursuit but realise the chances of luring Vlahovic to London are increasingly difficult - so much so that they appreciate agreeing a deal in January is their best chance of landing him.

Vlahovic's preference remains moving in the summer as it will open up the market in terms of options. Juventus are long-term admirers while there's also interest from Atletico Madrid and PSG.

Interest from England is extensive, too, with Manchester City, Liverpool, Chelsea and Tottenham all keeping a close eye on his situation.

This article was originally published on 90min as Dusan Vlahovic tells Fiorentina he won't be rushed into transfer.