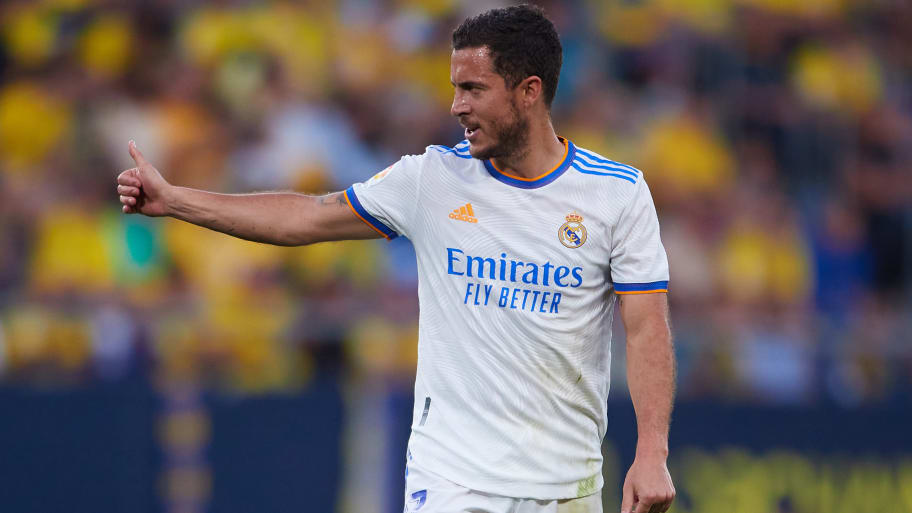 Eden Hazard has vowed to make an impact at Real Madrid next season after having surgery to remove a plate from the ankle which has troubled him for years.

A big-money signing from Chelsea in 2019, Hazard has managed just six goals and ten assists in 66 games for Real, having missed 72 matches through injury to date.

Problems with an ankle injury have plagued Hazard for a while now but he recently went under the knife for what he hopes to be the final time to have a metal plate removed, and he told HLN that he expects his Real career to start now.

"Do I feel free after the operation? The surgery went well. Everything is going well at the moment," he said. "I'm ready just in time to play a part in the Champions League final.

"Now I'm starting from scratch, but with an important additional weapon. I've wanted that operation for a long time. In my head, I am completely free agent, care free.

"It's up to me now to show myself and work hard every day, and to give the best of myself, whether I'm playing five or ten minutes, or longer.

"The coach knows that I still have a contract until 2024. My first three seasons at Real have not gone well, so I want to show everyone what I can do, starting with this Saturday. It has always been my dream to play for Real, and it still is."

Manager Carlo Ancelotti had ruled out selling Hazard even before Los Blancos missed out on the signings of both Kylian Mbappe and Erling Haaland - the former has renewed with PSG and the latter is joining Manchester City.

"He'll be staying and he's got a lot of motivation because he has not had a good time," Ancelotti said of Hazard. "He wants to show his quality.

This article was originally published on 90min as Eden Hazard keen to 'start from scratch' at Real Madrid.