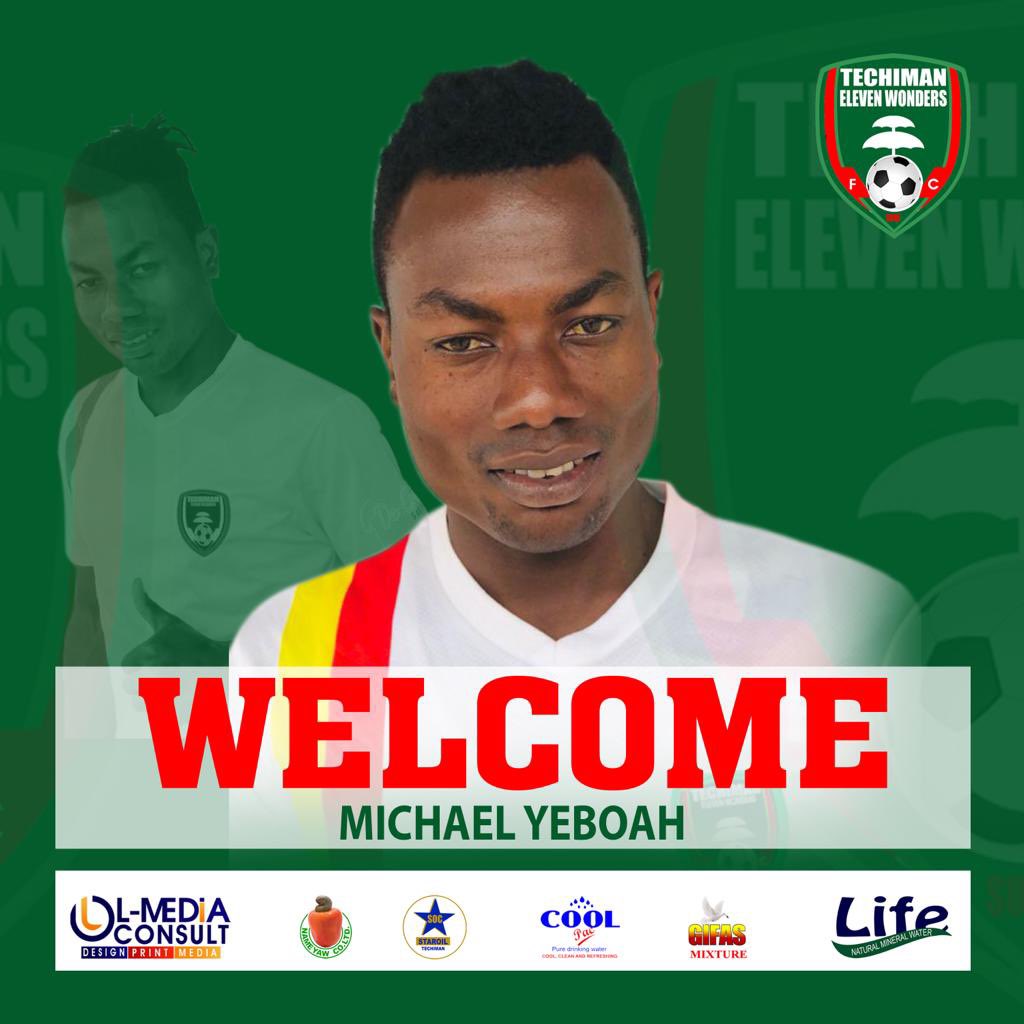 Eleven Wonders have announced their third and fourth signings for the upcoming Ghana Premier League season.

The Techiman-based side have added Yaw Acheampong and Michael Yeboah to their roster for the 2021/22 season.

Acheampong joins on a free transfer after leaving Karela United and has signed a three-year contract.

Eleven Wonders start their 2021/22 Ghana Premier League campaign at home against AshantiGold on the opening weekend.

The Techiman-based side will also face Berekum Chelsea, Medeama, Asante Kotoko and Elmina Sharks in their opening five matches.