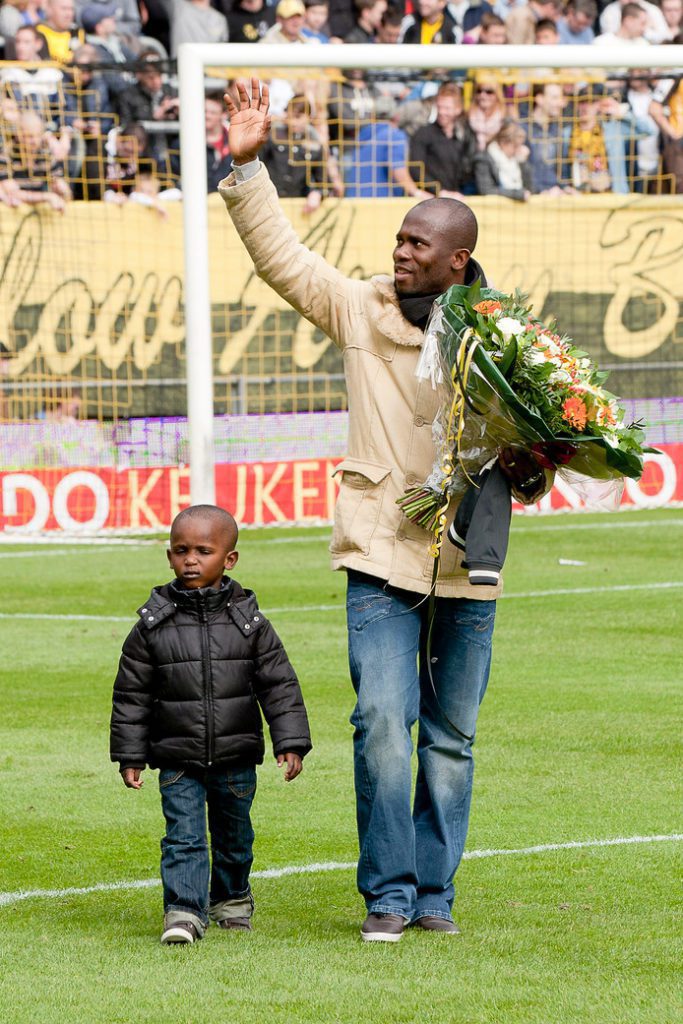 The final competition for the boys was played at the NAC stadium between De Toermalijn (yellow) and De Zandberg (orange).

Elliot played for the winner's De Zandberg who were too strong for De Toermalijn in the final game.

The Ghanaian youngster scored the decisive goal to secure the win for his team.

Elliot Amoah may have started to follow the  footsteps of his father Matthew Amoah who made 129 appearances, scoring 56 goals for the Dutch club.