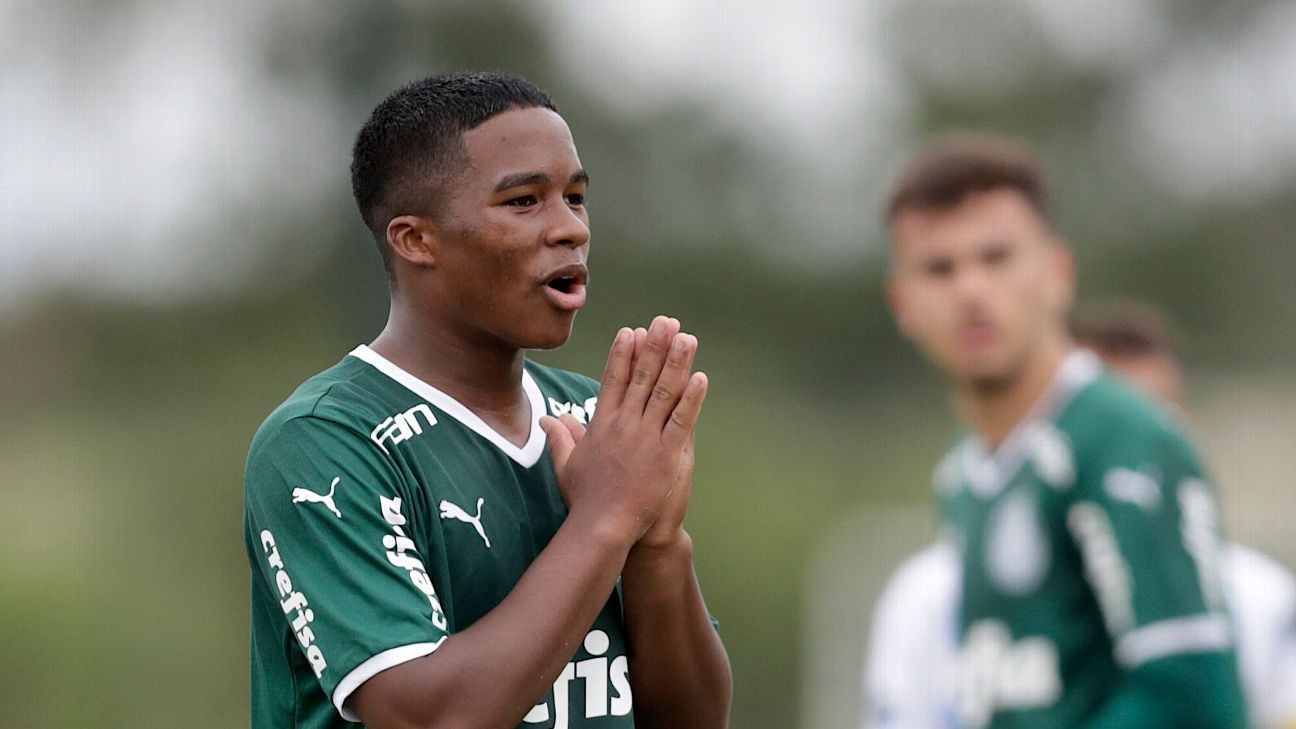 Brazil teenager Endrick signed his first pro deal that will keep him at Palmeiras. Getty Images

Palmeiras announced a deal with 15-year-old Brazilian Endrick on Monday, with the teenage sensation set to sign his first pro contract.

The club said on Twitter the agreement will be valid when the striker turns 16 in July, as required by local legislation.

Copa Libertadores champions Palmeiras celebrated the deal with a picture of Endrick, who is already a part of the team's youth setup, and his family with club chairwoman Leila Pereira. Brazilian media reported the contract put the striker's release clause at €60 million ($64 million).

Endrick has impressed Brazilian greats such as Ronaldo, Rivaldo and Kaka. According to FIFA rules, Endrick can only transfer to another club when he turns 18, the same age as when his countrymen Vinicius Junior and Rodrygo made their moves to Real Madrid.

Endrick, who was the star of this year's Sao Paulo Junior Cup, moved to Palmeiras to join their youth team at the age of 11 and has the same representatives as Vinicius.