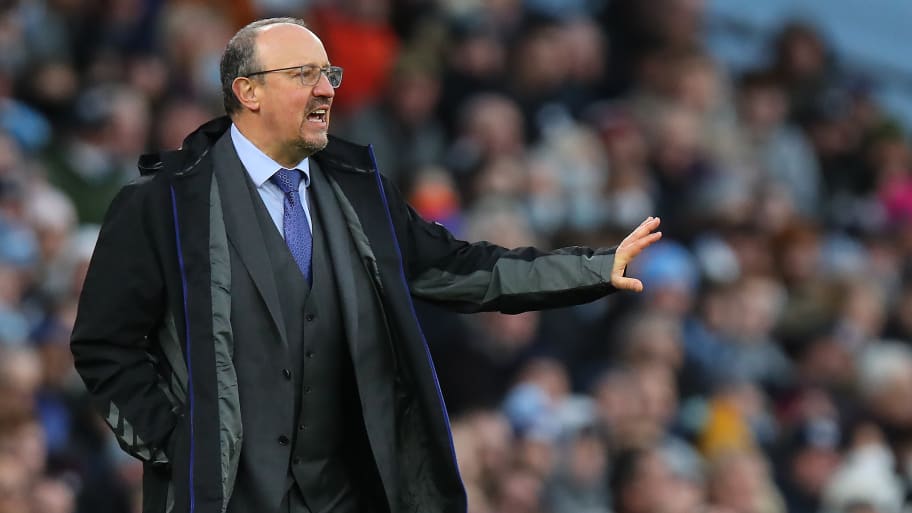 Everton have publicly backed manager Rafa Benitez once again in a statement confirming Marcel Brands' departure from the club.

The Dutchman joined the club as director of football in 2018, before also being appointed to the board of directors a year later.

But Brands had come under criticism for Everton's patchy transfer record following his arrival, and the Toffees said in a statement that they are reviewing how they operate.

"The owner and directors would like to thank Marcel for the service he has given to the club over the past three and a half years and wish him well for his future," the statement read.

"A strategic review of the football structure will now take place which will inform the best model for the club to proceed with in the long-term."

Everton then reaffirmed their support for Benitez during a difficult time for the club, adding: "In the meantime, the owner and board of directors will continue to provide our manager, Rafa Benitez, with their full support."

Brands later released his own statement revealing that the decision for him to leave was a mutual one and revealed it was one of the toughest of his career.

"On Friday, following a personal conversation with the chairman and my fellow board members, we agreed that I would step down from my post as director of football and as a member of the Everton Football Club Board," Brands said.

"This decision has taken some time and some consideration and was one of the most difficult I have faced in my career.

"The board and I agreed that there is a clear difference in the vision and direction for this beautiful club and, with that in mind, the decision was taken.

"I want to thank everyone in the club who I have worked closely with over the last three and a half years. There are a lot of talented people at Everton with huge passion and commitment to move the club forward, both on and off the pitch.

"I want to wish all of the squad every success, and I am convinced that there is enough quality to improve the current situation quickly.

"It has been an honour for me to work at this fantastic club and I wish everyone associated with Everton the very best for the future."

This article was originally published on 90min as Everton back Rafa Benitez following Marcel Brands departure.