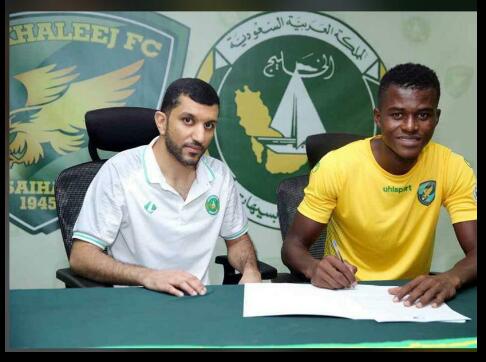 Sarfo was available as a free agent after his contract with Iranian top-flight side Saipa FC expired at the end of the 2018/2019 campaign.

The 28-year-old featured 31 times for Saipa FC in the Iranian championship last season.

Al Khaleej FC is a second tier side which aim to gain promotion to the Saudi top-flight next season.