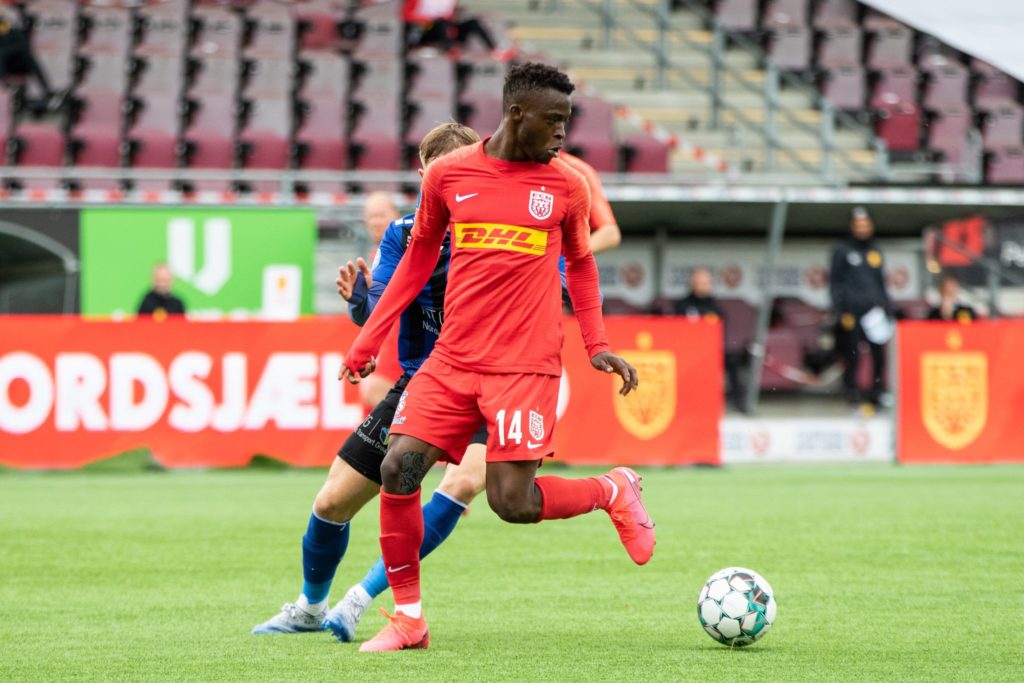 Ghanaian winger Kamaldeen Sulemana will not be returning to Danish side FC Nordsjaelland next season, GHANASoccernet.com can exclusively report.

The winger is currently considering his options after links with several clubs including Ajax and Manchester United.

GHANASoccernet.com can reveal that French side Stade Rennais have also entered the chase for the teen sensations signature.

FC Nordsjaelland manager Flemming Pedersen is certain the winger will not be returning to the Superliga insisting the player has the final say.

"The last thing I have heard is that Kamaldeen has to choose from the options he has, and he has had to do so for a while," he told the Bold.

"So it's up to him, and I think he is in the process of investigating a little different things, and he would like to visit some places and so on before he makes his final decision," he added.

"I do not expect him to play here, even though nothing has been decided, but I expect him to accept one of the offers he has on hand."