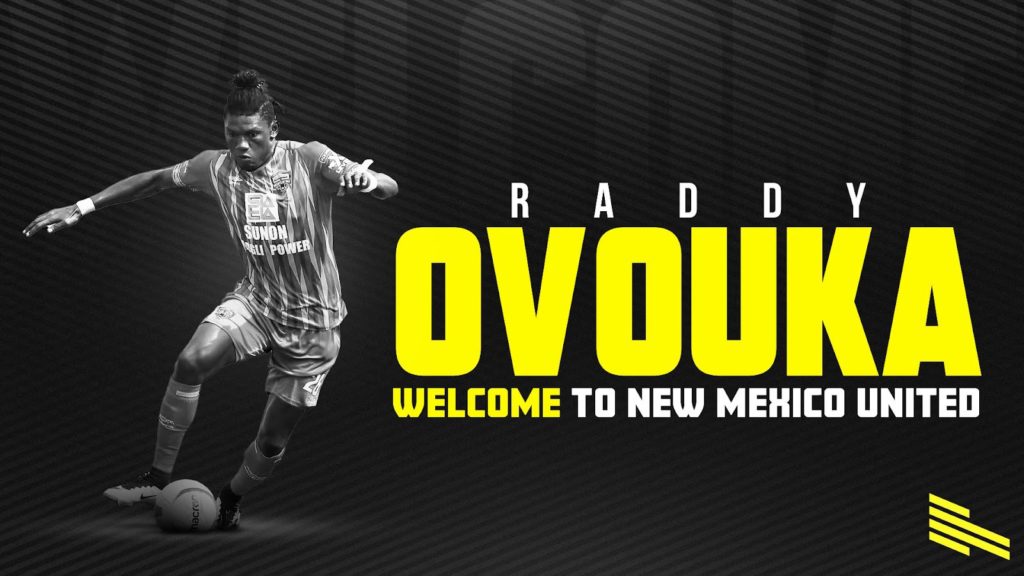 As reported by Ghanasoccernet.com, Hearts of Oak star and Congo national team left-back Raddy Ovouka, 22, has secured a loan move to New Mexico United for the upcoming season.

Reports had previously been circling that Ovouka had opted to terminate his contract with Hearts, but the defender has now had his say on the matter.

“Yes it’s true, actually I had written to terminate my contract because the club had not respected a clause which allowed me to leave under suitable terms.

“But I spoke with my agents and we decided that an amicable solution was for the best out of respect to Hearts and the fans. They gave me a platform and I appreciate everything the club has done for me in Ghana.

“Still, the time has come for me to move on. I want to thank my agents for making this a possibility and allowing me to fulfil my dream of playing in the USA. I can’t wait for my next chapter to begin.”

Ovouka is expected to travel to New Mexico shortly, with the transfer having been officially confirmed by both clubs.