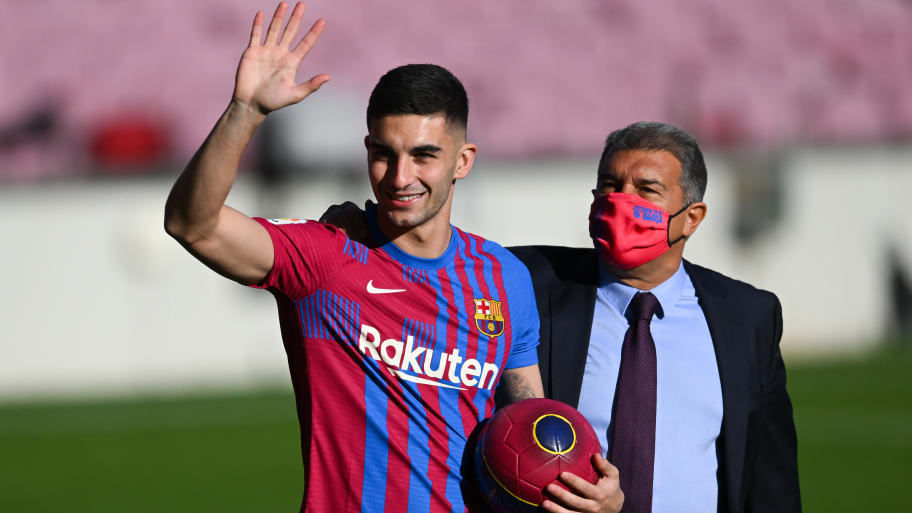 Barcelona struck a £55m deal to sign Torres from Manchester City in late December and finalised the deal this month, with the 21-year-old's unveiling coming on Monday.

Alongside the customary keepy-ups, Torres was also asked for his feelings towards joining Barcelona, and he could hardly hide his delight.

I’m very happy to be here. When Xavi contacted me, I wanted to come to Barça even more," he said. “It is a dream come true to be at Barça.

"If I remember correctly, in the national team I played a good game against Italy and [Barcelona director] Mateu Alemany contacted my agent."

Despite his excitement towards returning to Spain with Barcelona, Torres was keen to pay his respects to City, for whom he managed 16 goals and four assists in 43 appearances following his move from Valencia in 2020.

“I went to City to come back one day to a big club in Spain and as soon as Barça called me I didn’t think twice," he continued. "It’s a great challenge.

“City are one of the best. I’m ambitious and it’s a challenge to get Barça back to where it deserves to be. We’re very young and have a lot of room to learn. I’m looking forward to playing with my team-mates.”

Barcelona are not yet able to register Torres, with Xavi recently confessing that they need to offload some players first, but the winger insisted he is not concerned by all that.

“I am calm about the registration because I know that the club is working on it and I am convinced that it will be done without problems.”

Finally, Torres offered an update on when Barcelona fans can expect to see him return from the foot injury which has kept him out since September.

“I should be back in no more than two weeks," he revealed.


This article was originally published on 90min as Ferran Torres delighted to seal 'dream' Barcelona move.