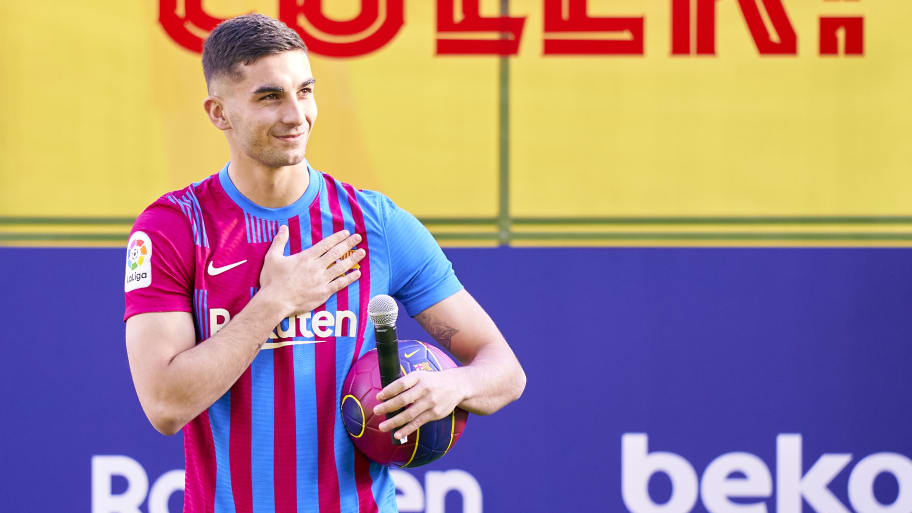 Barcelona pair Ferran Torres and Pedri are the latest players at the club to have tested positive for Covid-19 following a raft of recent cases emerging in the squad.

They are the 11th and 12th Barça players to return positive tests in little over a week, although Clement Lenglet, Samuel Umtiti, Jordi Alba and Dani Alves have all since tested negative and are out of isolation and back in training.

Despite testing positive, the club has confirmed that Torres and Pedri are both in ‘good health’ and already isolating at their respective homes. Gavi, Ousmane Dembele, Philippe Coutinho, Sergino Dest, Ez Abde and Alejandro Balde also remain in isolation for the time being.

The news is a blow to Pedri, who has been ruled out since September because of a muscle injury. He was expected to return to action early this month but will now have to wait.

For Torres, his positive test came the same day he was officially unveiled as a Barça player following a €55m transfer from Manchester City.

An ankle injury that he is yet to fully recover from means the 21-year-old forward was already unavailable for selection, although isolation could still delay his progress.

"I am facing this challenge with ambition, humility and a lot of desire," Torres said at his presentation at Camp Nou, standing alongside Joan Laporta and Mateu Alemany.

“When I left Manchester City, I had the idea of coming back to La Liga and Barça showed an interest. I am ambitious player and I like a challenge. I want to take Barça back to where it belongs.”

This article was originally published on 90min as Ferran Torres & Pedri test positive for Covid-19.