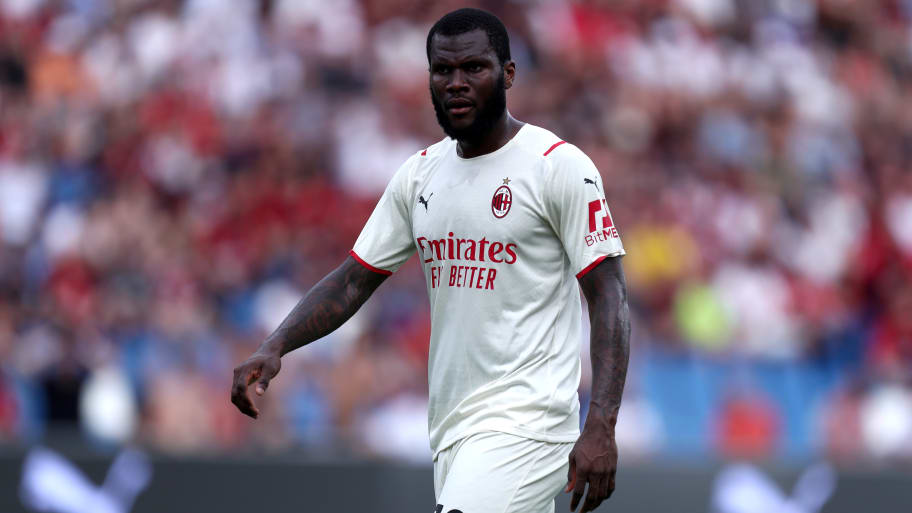 Ivorian midfielder Franck Kessie has said goodbye to AC Milan ahead of completing his free transfer to Barcelona this summer.

The 25-year-old allowed his contract to wind down before reaching an agreement with Barcelona earlier this year, but he leaves San Siro on a high after making 31 appearances in their Serie A title-winning campaign.

"After five years, I couldn't have hoped to end this great experience in a better way," Kessie wrote. "A unique emotion: we are Italian champions!

"Proud to have worn this glorious jersey and to have shared this journey with fantastic team-mates. Thank you for everything, thank you all!."

Kessie is expected at Camp Nou in the near future to seal his move to Barcelona alongside fellow free agent Andreas Christensen, who has agreed to leave Chelsea this summer.

The Ivorian heads to Barcelona having made 223 appearances for Milan over the past five years, scoring 37 goals and racking up 16 assists for good measure.

The Blaugrana are expected to make further signings in the summer transfer window as head coach Xavi looks to build a squad capable of challenging for La Liga next season. The Catalan giants finished a distant 13 points off the pace during 2021/22, allowing bitter rivals Real Madrid to canter to the title.

Barcelona were also sent packing from the Champions League at the group stage and fared little better in the Europa League - losing to eventual winners Eintracht Frankfurt in the quarter-finals.

This article was originally published on 90min as Franck Kessie bids farewell to AC Milan ahead of Barcelona transfer.