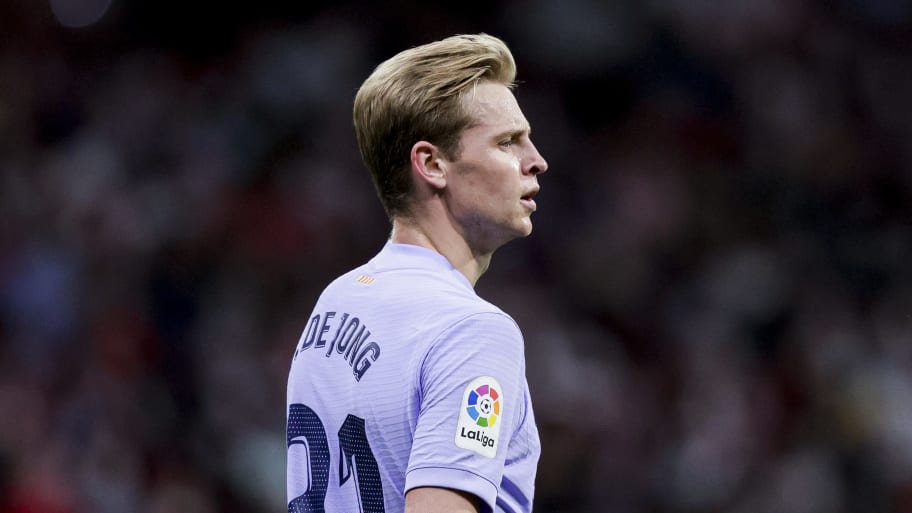 Barcelona midfielder Frenkie de Jong has dismissed concerns about the club's current situation, insisting things have been blown out of proportion.

After a summer full of stories about their financial woes, Barcelona have endured a tumultuous start to the season. They sit ninth in La Liga after a run of two wins in just six games, while they have also fallen 3-0 in both of their Champions League group games so far.

It's a run of form which has ramped up the pressure on the players and manager Ronald Koeman, whose job at Camp Nou was hanging by a thread before a late change of heart by president Joan Laporta.

Despite all the turmoil, De Jong was adamant that things are actually not as bad as they are being made out to be.

"Calling Barcelona a sinking ship is too far, it's exaggerated a lot, we are not in a hole," De Jong said (via De Volkskrant).

"The results are bad, nobody can ignore that. You notice that there is a negative feeling at the club, but that makes sense when you have such bad results at a club like Barcelona. The results drive me crazy but what happens around them does not.

"It's good that we're on a break now. When we go back to Barcelona after the internationals, I think normality could return. People exaggerate when they say that the season is already lost. Sure, we don't have as many points as Real Madrid or Atletico, but we still have 30 games to play, so nothing has been lost. At all.

"We have a very good squad, especially when the injured players come back. Those points we have lost so far, it's not good, but people are exaggerating enormously. In La Liga, everything is still possible. We started the Champions League very badly as well, but nothing has been lost there either."

De Jong also took the chance to discuss the pressure on Koeman, who was expected to be sacked before the international break before a sudden U-turn from Laporta.

"It's relentless," he admitted. "There is a lot of pressure on the manager. Every day there were messages, 'Koeman's days are numbered. He's going to come. He's going to replace him'. I couldn't tell you what that does to him. You'd have to ask him."

This article was originally published on 90min as Frenkie de Jong insists Barcelona crisis is 'exaggerated'.