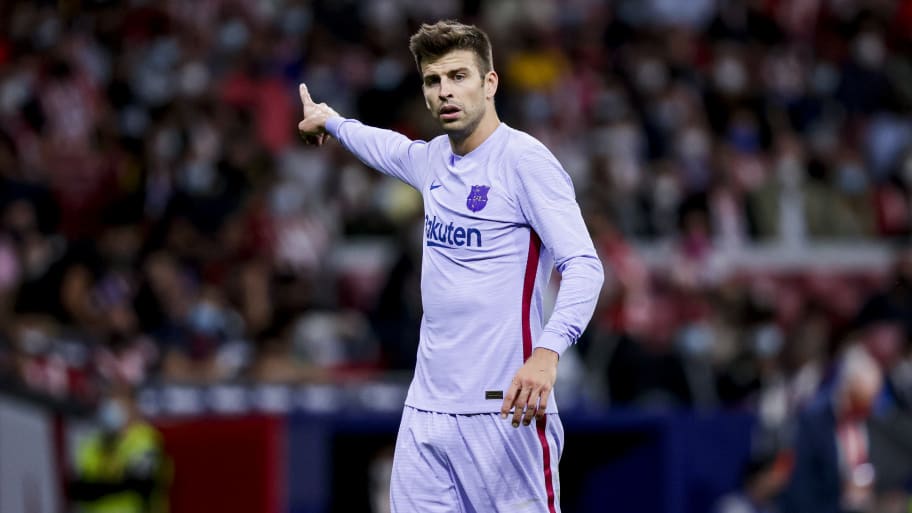 Gerard Pique has explained that he chose to cancel a high-profile interview with Spanish talk show El Hormiguero, not Barcelona head coach Xavi.

The veteran defender was due to appear on the comedic chat show, but he pulled out shortly after Xavi's return to Camp Nou was formalised.

Reports suggested that the new head coach wanted Pique to focus on his football rather than outside interests, but the 34-year-old has denied that he asked for the interview to not go ahead.

"People have their opinion because the media say what the people want to hear," Pique said (via Marca).

"If they knew the history of what happened with El Hormiguero…Xavi didn’t know that I had cancelled El Hormiguero.

"I had to explain to Xavi that it was El Hormiguero, he didn’t know what I was speaking about.

"I had to explain it, that’s true, but I cancelled it because I wanted to cancel it, because there are rules that Xavi has put in where you have to tell him before travelling and I preferred not to ask permission and that’s it."

Pique also revealed that he hopes to appear on El Hormiguero at a future date, adding: "I wanted to [give the interview] because if not, I would not have organised it.

"But it can be done later, we are already looking for another date. In the end we had to adapt to the circumstances and situations."

Pique also briefly spoke about Xavi's new regime as Barcelona boss after it was revealed he had set up strict commandments for the first team to abide to, with Ousmane Dembele receiving a fine last week for arriving three minutes late to training.

"It seems that Xavi has come to impose. Xavi has set his rules, which seem great to all of us," Pique said.

This article was originally published on 90min as Gerard Pique insists Xavi did not force him to cancel talk show interview.