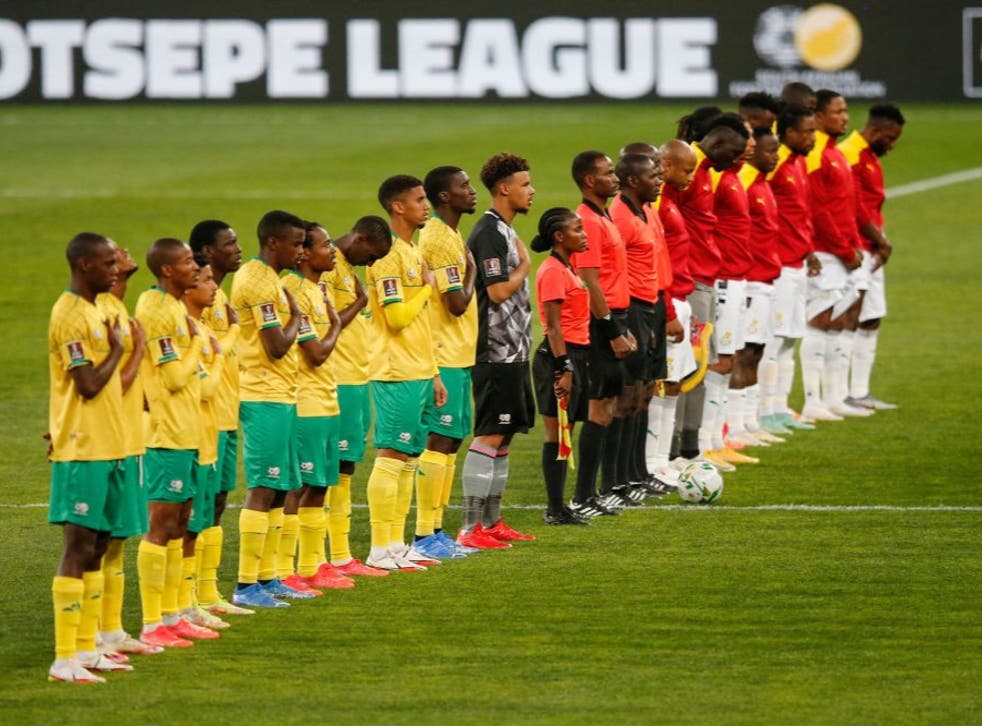 Ghana is confidently awaiting the verdict of a 'wild goose chase' protest filed by South Africa, demanding for a replay of a 2022 Africa World Cup qualifier against the West African giants.

World governing body, FIFA, is expected pass a judgement on the protest which is hanging on a thread.

South Africa's journey to Qatar was curtailed by Ghana after the Bafana Bafana lost 1-0 in a crunch final group match at the Cape Coast Stadium.

The South African Football Association (SAFA) has been on a wanton chase, claiming the match against the Black Stars was fixed and demand FIFA to investigate Senegalese referee Maguette Ndiaye, who awarded a perfect penalty to the home side.

Safa wants the game to be replayed at a neutral venue and for action to be taken against Ndiaye's  assistants Samba Elhadji Malick and Camara Djibril as well as fourth official Gueye Daouda.

The Disciplinary Committee will sit on the matter on November 23, 2021,with FIFA notifying Ghana Football Association to provide a response to the protest.

South Africa are hoping for a replay of the crucial match after they lost 1-0 amid a controversial decision by Senegalese referee Ndiaye Maguette.

The official awarded Ghana a penalty after Leicester City defender Daniel Amartey was impeded in the South African box in the first half.

Ayew stepped up and scored to take Black Stars through, much to the dismay of Bafana Bafana who needed just a point to qualify.

While South Africa insists it was a soft call by the referee, close video replays have shown that South African defender Rushine de Reuck dragged Amartey.