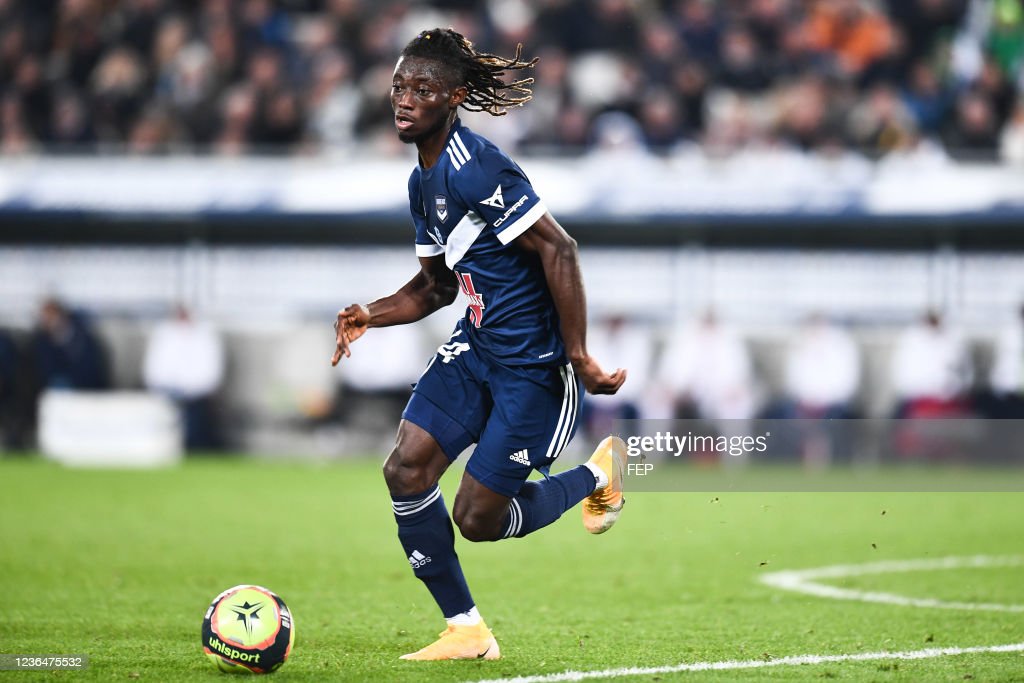 14 Gideon MENSAH (fcgb) during the Ligue 1 match between Bordeaux and Paris Saint Germain on November 6, 2021 in Bordeaux, France. (Photo by Philippe Lecoeur/FEP/Icon Sport via Getty Images)

Ghana defender Gideon Mensah will miss Bordeaux's final game of the season against Brest due to suspension.

Mensah was sent off in the previous game against Lorient and has been handed a three-match ban.

This means that the left-back's season is over and he will have to root for his teammates from home.

Bordeaux's relegation to Ligue 2 was confirmed by the draw against Lorient, so they will be playing for pride when they face Brest.

The defender joined Bordeaux on loan with the option of a permanent deal, which is unlikely given that the club is no longer in the top flight.

Mensah wants to play top-flight football to stay in shape for the 2022 FIFA World Cup in Qatar.

He was crucial in Ghana's World Cup qualification, defeating Nigeria in the final qualifying round.