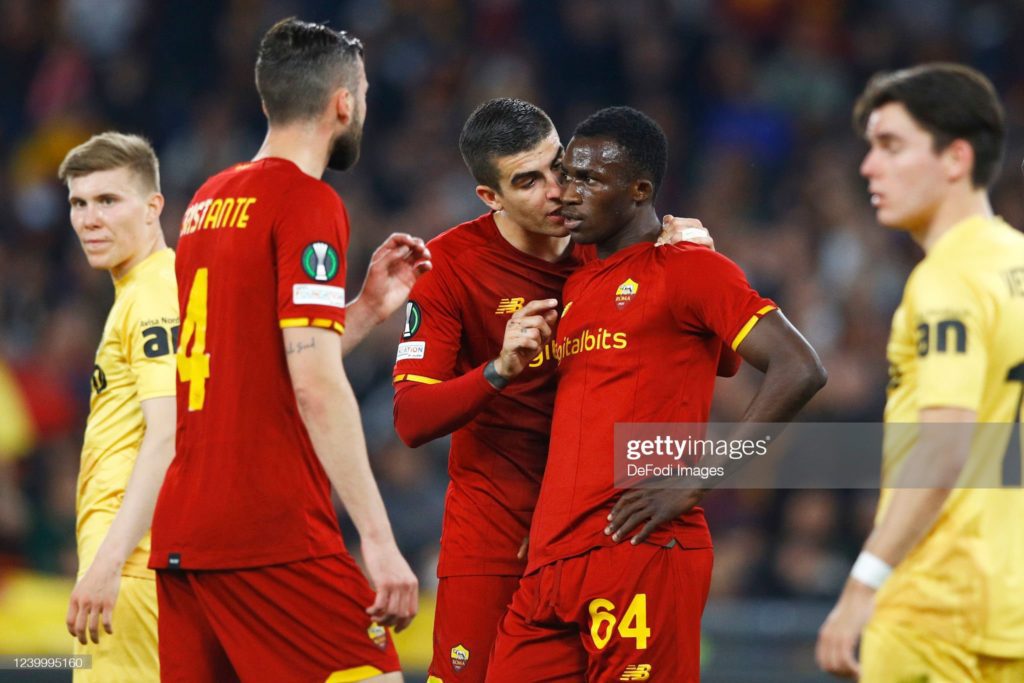 Ghana forward Felix Afena-Gyan says he and his teammate were just joking following after a video of Gianluca Mancini spotted punching the youngster went viral.

Afena-Gyan seemed to have faced the wrath of the 26-year-old Italian, who angrily went in for the striker while the team were celebrating their Europa Conference League triumph.

Nicolo Zaniola netted the winner as AS Roma defeated Feyenoord in the final on Wednesday night.

"It wasn’t serious. We joke and fight at the same. That’s how he is. It’s normal..nothing serious," reacted the youngster.

Afena-Gyan became the first Ghanaian to win at European champions at the age of 19.

This is an incredible achievement considering the young striker was only a year ago playing youth football in Ghana.

After impressing on trial, he was signed to a professional contract with The Yellow-Reds in March of last year and assigned to the club's youth ranks for development.

He excelled and it was no surprise that he was offered opportunities to train with the senior squad on occasion. He went on to make his professional debut in a Serie A match against Cagliari last October.

And, despite a lack of playing opportunities, he has never looked back after scoring a magnificent double against Genoa a month later in what was only his third game.

In March, he made another significant career step by making his international debut as Ghana edged Nigeria to World Cup qualification, and now the teenager is set to cap off an incredible first season with European gold in Qatar.

The viral video of Felix Afena-Gyan receiving slaps and punches from Mancini during the UEFA Conference League award ceremony. 😬

VIDEO: Emotional Asamoah Gyan breaks down in tears trying to understand why he is hated sometimes

VIDEO: They shouldn't put pressure on the boy- Asamoah Gyan on comparison with Felix Afena-Gyan