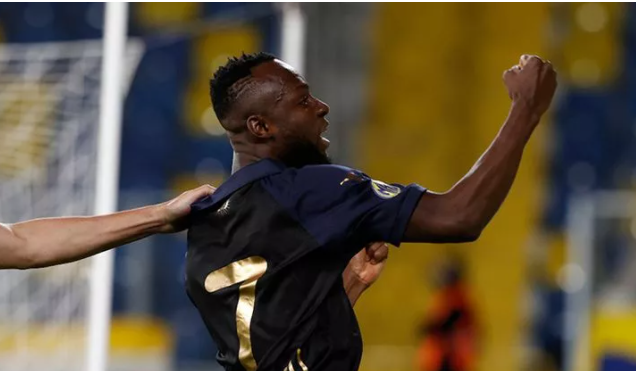 Ghana forward, Kwabena Owusu has been handed a two game ban and fined 13,000 Turkish lira, which is a 1000 Euros, for insulting an opponent on social media.

The striker, who netted in Ankaragücü's 3-0 win against Umranyie before the international break, was fould guilt of using offensive words on an opponent.

The Professional Football Disciplinary Board in Turkey, handed the player the punishment and will now miss the games against Adanaspor and Altinordu.

His club Ankaragücü have reacted to the punishment explaining the Ghanaian attacker does not understand the Turkish words, and have also decided to appeal.

"For this reason, our football player does not speak Turkish and has only used an interpreter when he has been with the team since he joined the team. Our football player shares all the fan-made videos prepared for him and the team on his personal social media accounts in good faith," wrote Ankaragucu.

"There is no doubt that both our club and our football player will suffer in the championship race, where every point is worth gold, in the face of being punished with such a heavy penalty. We respectfully declare that we will closely follow the entire legal process against the decision made by PFDK and that we are with our football player throughout this process."