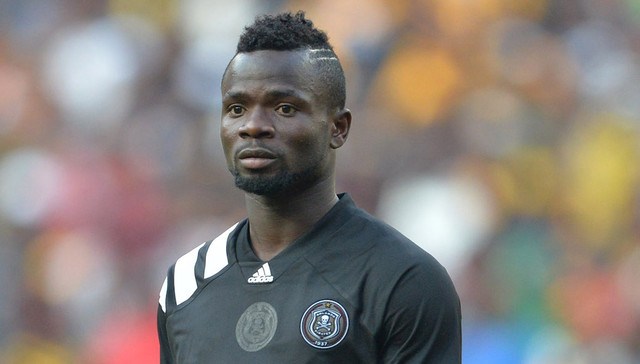 Morrison, based in Tanzania and play for giants Simba, hasn’t been called up to the Black Stars despite his reputation as one of the deadliest strikers on the African continent.

Since leaving AshantiGold, controversial Morrison has excelled in Congo for Vita Club and DC Motema Pembe, Orlando Pirates in South Africa and currently in Simba after he earning the respect of Young Africans fans.

However, his name hardly comes up during conversations about players who deserve to be included in the Black Stars.

His recent snub for the 2022 FIFA World Cup qualifying double-header against Zimbabwe has left him absolutely livid.

According to Morrison, he can offer more to the team than Qatar-based players who are in the Black Stars. Currently, only Black Stars captain Andre Ayew plays in the Qatari league.

“I can do a great job than most of the guys who play in Qatar,” he claimed in an interview, quoted by SoccerScenes Africa & Globe.

“If you call someone for the Black Stars who plays in Qatar, why not me too?

“We play the same-sized football. It’s really a shame for us playing in Africa.

“This is why I admire South Africa, Egypt, Zambia, they call anyone who deserves it, not just because you are outside the African continent.

“For Black Stars, they call players who are goalkeepers in Africa.

“The previous coach used to call players who played in Africa, as a result, they earned moves abroad.

“Look at Jonathan Mensah, the Guy was playing for Ghana while he was still playing in South Africa PSL, at Free State Stars.

“We don’t actually need these foreign coaches whose eyes are always in Europe.

“I believe we are more hungrier than them. I would play my heart out for this nation. We need help to stop being overlooked like this.

“Look, Nigeria has many good players, but when I check their list, they have played players who play in their league and in PSL, as long you are good.

"He used to play not even for a PSL team, but a second division team in South Africa."

“He went on to be the best striker in Nigeria national team as he also moved to Turkey.”