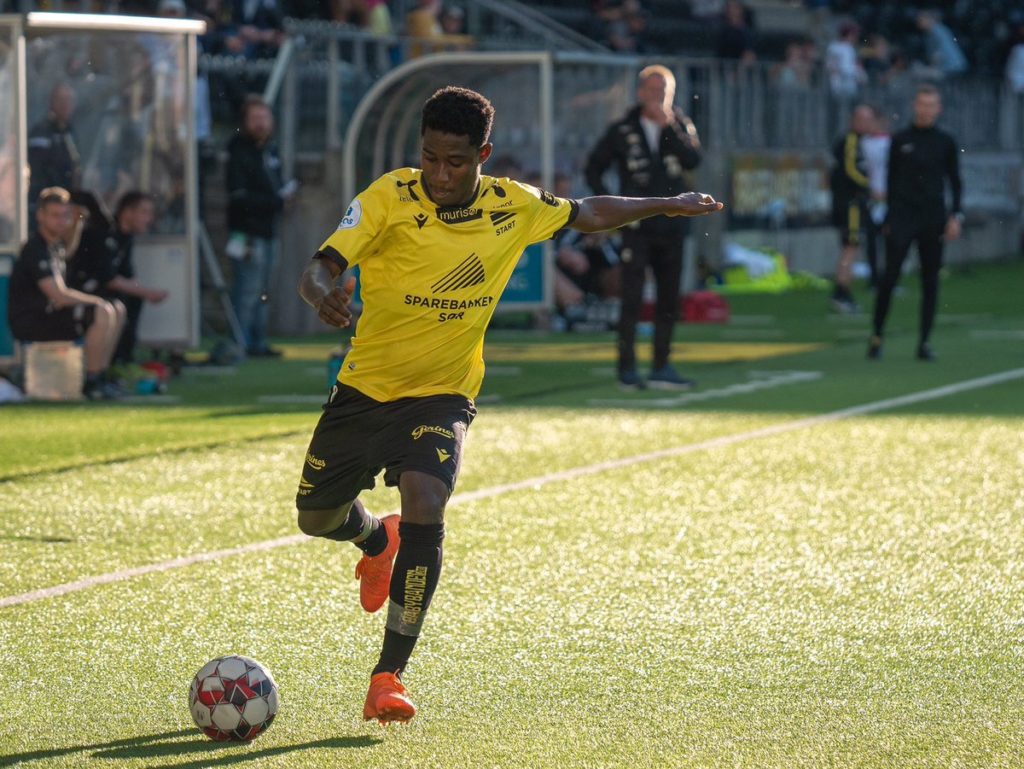 Former Black Stars B captain Isaac Twum climbed off the bench to help Norwegian Division 1 side IK Start to victory on Sunday.

Twum came on in the 64th minute to replace Erlend Segberg as they thrashed Tamkam 4-1 to start the second round on a bright note.

Isaac Twum helped the home side to record their 8th win of the campaign after 13 matches played.‬

‪It’s a good start for IK Start to begin the second round on a good note and would only hope to move steadily on this success rope.‬

‪They’re 4th on the log with a game in hand and 10 points from being on top of the table.‬