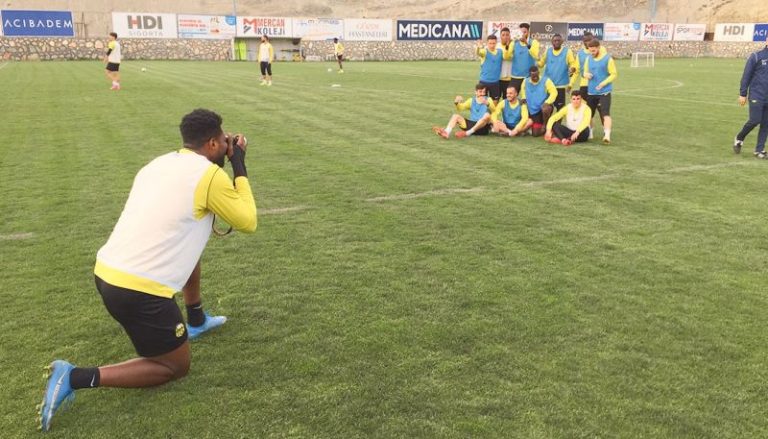 Ghanaian striker Benjamin Tetteh proved to his Yeni Malatyaspor teammates and coaching staff that he is not only good at scoring goals but also a good photographer.

This week in training, Tetteh picked up a photojournalist's camera took group photos of his friends. The pictures came out good, with Tetteh earning praises.

Tetteh and his colleagues were training for Sunday's Turkish Super Lig clash with Istanbul Basaksehir.

It was observed that the morale and motivation of the players were high during the training held in the field in Orduzu Pınarbaşı under the management of Coach İrfan Buz.

They will train for the last time on Saturday before travelling to Istanbul on Sunday for the match.

Yeni need a victory to move up the table and they will count on Tetteh, who has contributed to nine goals this season.