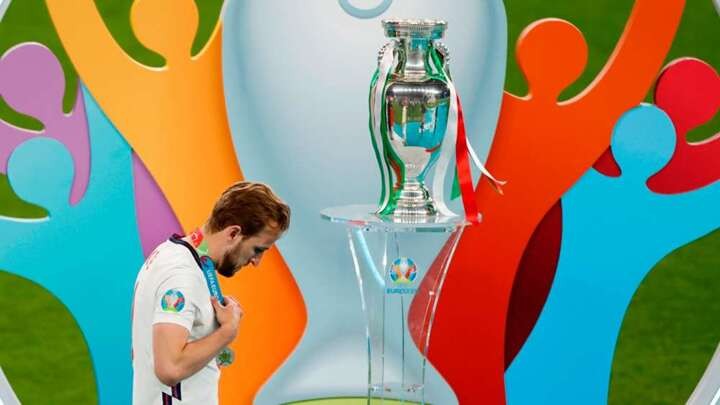 Harry Kane has had a fruitful goal-scoring career with Tottenham and England, captaining his club side to a Champions League final and leading the Three Lions to the Euro 2020 final.

While his goal-scoring prowess has never been doubted, the question remains about whether or not he has ever won a major trophy.

Kane has not won a major trophy on club and international level.

Kane lost the Champions League final to Liverpool in a 2-0 defeat, with Mohamed Salah and Divock Origi's goals securing the Reds their sixth title in the competition.

The striker successfully led his England team to the finals of the Euro 2020 against Italy, overcoming the likes of Germany, Ukraine and Denmark in the knockout phases, but ultimately saw his side come up short, losing 3-2 in the penalty shootout after the game ended 1-1 after full-time.

He has also earned a third-place trophy with England at the Nations League in 2018-19.

Though he has never won a title with Tottenham or England, he has won numerous individual honours, prizes and titles.

You can see the full list of Kane's individual honours below.