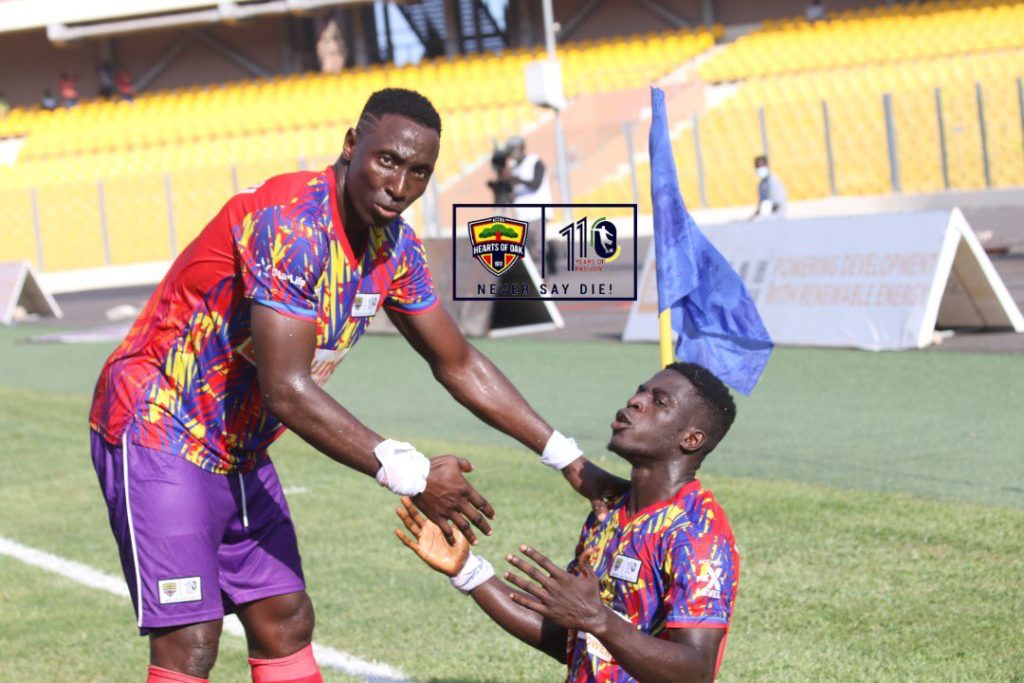 Hearts of Oak are one strong performance away from achieving their target of qualifying for the group stage of the CAF Champions League.

The Ghanaian champions on Sunday beat Wydad Casablanca 1-0 at the Accra Sports Stadium and will travel to Morocco for the return leg next weekend.

The result, although a slim advantage, means Hearts are on the verge of reaching the group stage for the first time since 2006.

It was a tense game and Hearts won courtesy of Isaac Mensah’s goal in the final minutes of the first half. The striker controlled a superb delivery into the goal.

With the result, any kind of draw in Morocco will seal progression for Hearts.

The second leg will be played on Sunday, October 24 in Casablanca, where Wydad are very strong. They are unbeaten at home this season.

However, Hearts of Oak can draw inspiration from South African side Kaizer Chiefs who stunned Wydad 1-0 last season to eliminate them from the Champions League.

Meanwhile, the loser of the tie will drop into the CAF Confederation Cup.