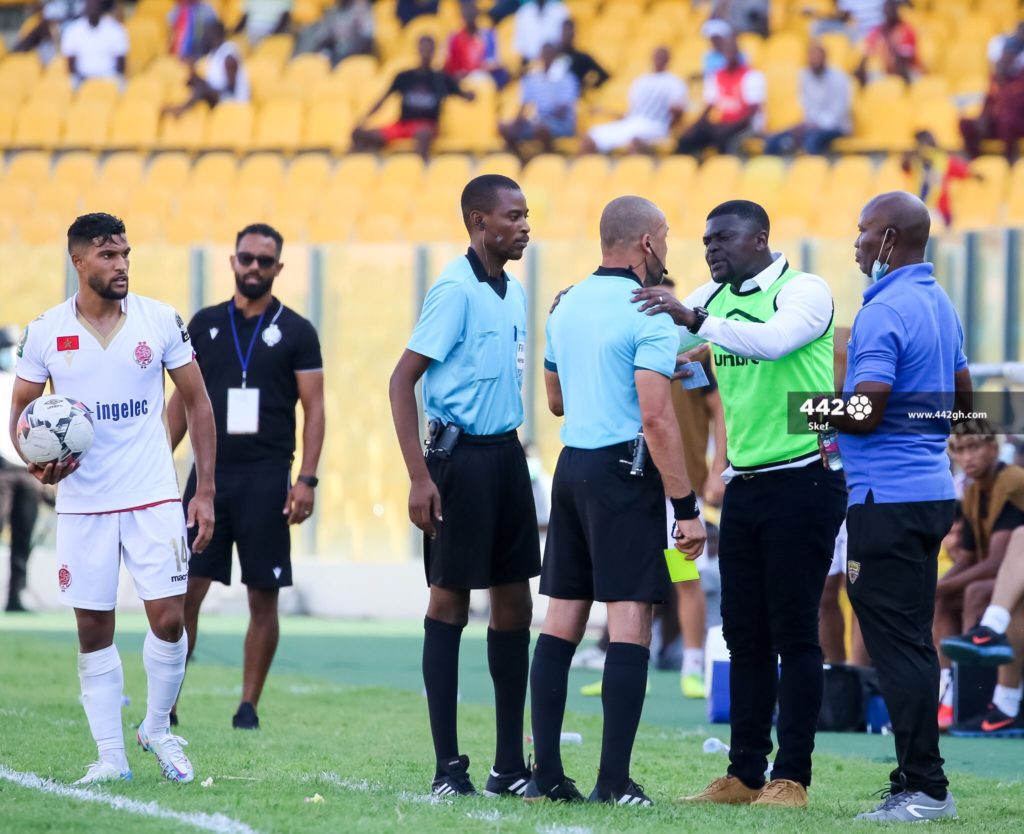 Hearts of Oak head coach Samuel Boadu has apologised for picking up a needless yellow card during his side's 1-0 win over Wydad Casablanca.

The tactician felt his players' efforts were being undone by the official, and his remonstrations on the touchline resulted in a yellow card.

“I have learnt a lot from the yellow card I received today so things will change going forward,” Boadu said.

Hearts of Oak fans were seen hooting at the referee Helder Martins Rodrigues De Carvalho at the end of the game. A clear indication that they weren’t happy with officiating by the Angolan.

The official mostly ruled against the Phobians on 50-50 balls in the second half.

Attacker Isaac Mensah scored the decisive goal in the first half as the Phobians earned a slim first leg advantage in the CAF Champions League play-offs tie.

With the result, any kind of draw in the second leg will be enough to take Hearts of Oak through to the group stage for the first time since 2006.

The match will be played on Sunday, October 24 in Casablanca.