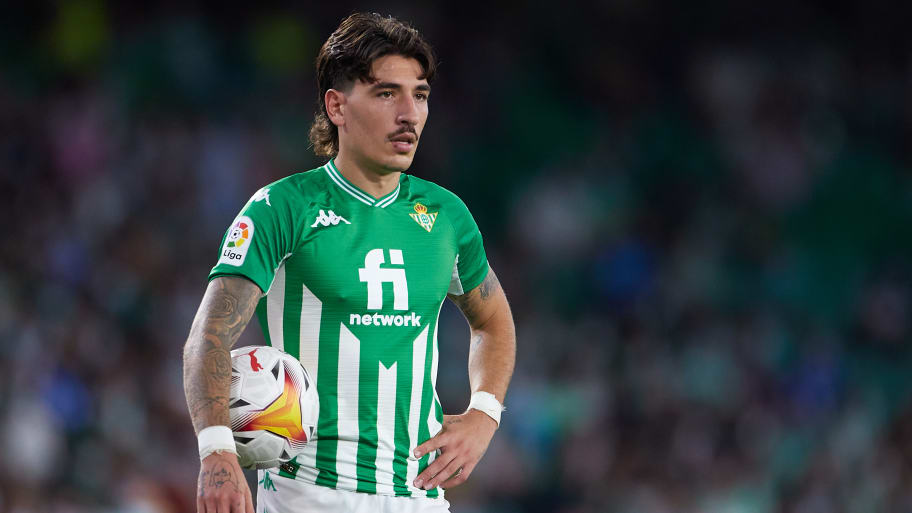 Hector Bellerin has admitted he would rather stay at Real Betis permanently than return to parent club Arsenal when his loan spell concludes.

The Spaniard was a permanent fixture in the Gunners' starting XI for seven seasons, making 239 appearances in all competitions for the north London side, but was sent back to his homeland this term as it became clear he was not in Mikel Arteta's plans.

Bellerin will have another year left on his contract once his loan spell in Seville ends, but he has hinted he would not have made the switch to the club he supported as a child in the first place if he didn't want to make it a permanent move.

He told El Desmarque: “I don’t know, but I’ve always said if I didn’t want to be here next season, I wouldn’t have come from the beginning.

“There are many things to be decided but what I want to do is enjoy this season that I am here. And what has to happen will happen.”

He also touched on the possibility of Dani Ceballos coming back to Manuel Pellegrini's side. Ceballos made his breakthrough as a youngster at Betis but his career has stalled since joining Real Madrid, with two indifferent loan spells at Arsenal not convincing the club to sign him permanently.

Bellerin added: "That is something for only he and Betis. I talk to him a lot, for us Betis is something that unites us and for me it would be very nice to play here with him."

It was also reported that Bellerin took a hefty pay cut to get his move in the summer, but the 26-year-old revealed that wasn't something that factored into his decision.

“It is clear that money is something important, because it is our job. But I think in football that love of sport, of the club, is being lost," he added.

“And for me, after having understood and had that feeling since childhood, there are things that you put first. This past year and a half has made us rethink many things.

“For me and for everyone it was an effort to carry out the operation, not only from the point of view of money. Also how much it cost us to get here. In the end, those efforts pay off and I had other priorities when making my decision.”

This article was originally published on 90min as Hector Bellerin admits he doesn't want to go back to Arsenal.